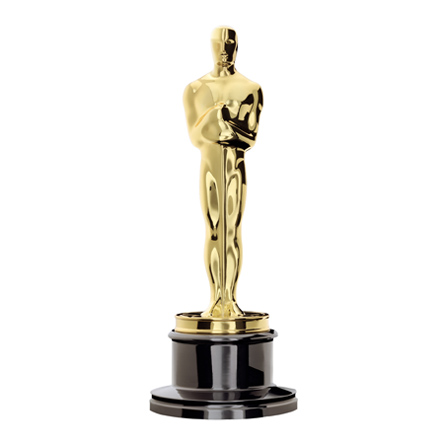 Motion pictures had been around for decades when the first Academy Awards were presented in the Blossom Room of the Hollywood Roosevelt Hotel. Westerns, melodramas and light comedies of varying quality were being churned out all over Southern California when MGM head Louis B. Mayer gathered an actor, a director and a producer to create the Academy of Motion Picture Arts and Sciences in 1929. That first ceremony instantly established the credibility of the fledgling industry and set a high bar for future filmmakers. The Oscars created a desire to make pictures artful and to push the boundaries of this new art form. That same year, the Academy partnered with USC to create America’s first film school with Douglas Fairbanks, D.W. Griffith and Ernst Lubitsch  on the faculty. The 13-½ inch statuette continues to have the art deco lines and golden gravitas created by MGM art director Cedric Gibbons at the height of the Jazz age. The awards have been held at the Pantages and Chinese theaters, the Biltmore downtown and the Santa Monica Civic Auditorium before moving to the Dolby Theater a decade ago, but the award has always been shorthand for Hollywood and represented the pinnacle of cinematic art.