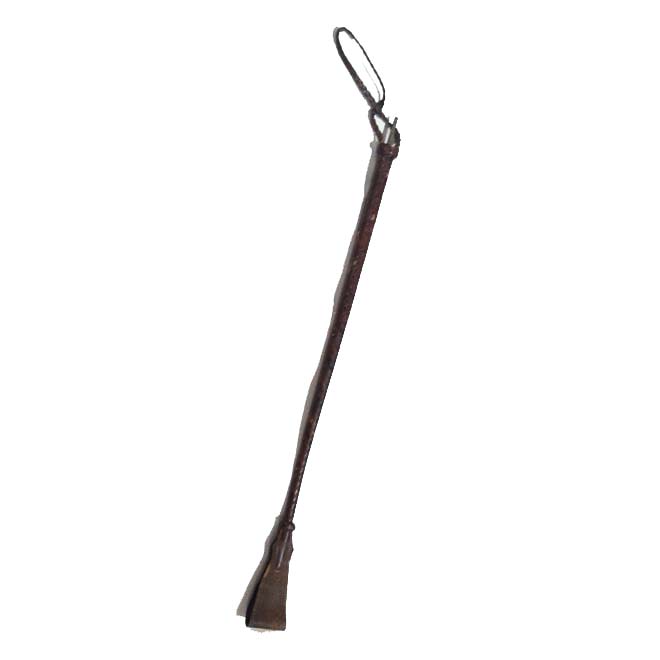 Cecil B. DeMille directed the first feature film shot in Hollywood. The Squaw Man was shot in a rented barn near Sunset and Vine. The hit movie made DeMille’s career and led to the birth of Paramount Pictures, bible epics, and the trope of a demanding director clutching a riding crop and a megaphone. At the start of the silent film era, the 32-year-old director, described as a taskmaster who demanded perfection, remade Squaw Man twice. In the early years, DeMille lived in the rural canyons near what would become the Hollywood Bowl . He rode a horse down the Cahuenga Pass to the makeshift studio and the image stuck. This riding crop (and a pair of gaiters) is on display in that same barn, which today is the Hollywood Heritage Museum.