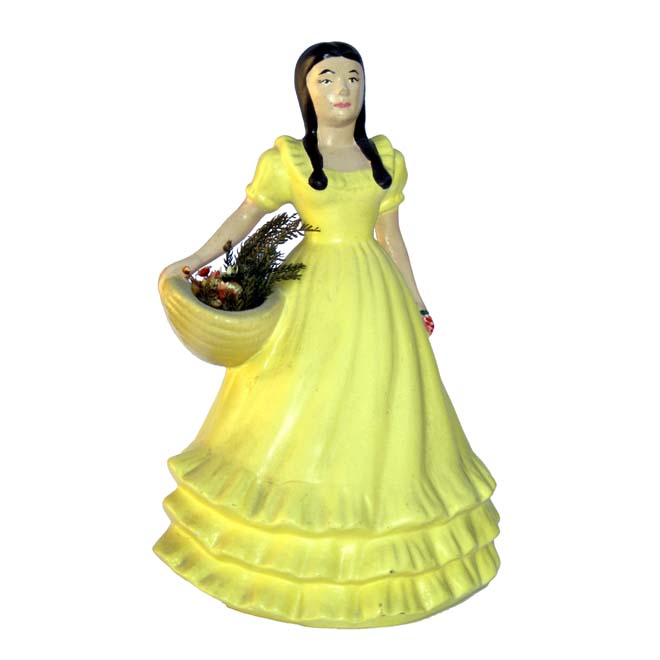 Helen Hunt Jackson’s 1884 novel Ramona inspired tourist attractions, a famous outdoor play, a TV miniseries, even a 1936 feature film starring Don Ameche and Loretta Young as the young lovers separated by racism. Jackson wrote the first novel about Southern California. She wanted to shed light on the hardships of the Mexicans and Native Americans in the wake of the Mexican-American war. The novel is like a soap opera of young love and murder and was a huge hit, going into more than 300 printings. Historian Phil Brigandi writes that Jackson “hoped her story would be a call to arms-an Uncle Tom’s Cabin for the American Indian that would lead to genuine government reform.”  Jackson’s book didn’t generate as much sympathy for the exiled people as it did romanticize the missions, the rancho era, and early California for an American audience. For 90 years the play has been performed in a natural amphitheater in Hemet, and this souvenir ceramic of the titular figure was created in 1960 from a 1948 mold.