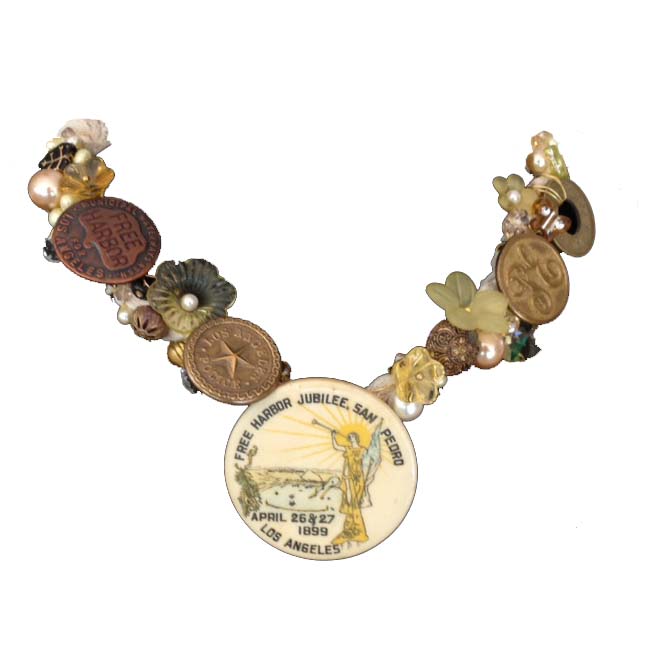 Imagine Santa Monica without the carousel, or the pier, or the sand. At the turn of the last century, the seaside town (and railroad boosters) desperately wanted to build the West’s largest shipping terminal there. A rival faction backed by Los Angeles Times publisher Harrison Gray Otis and Senator Stephen White convinced the feds to let them build the port in San Pedro. The natural harbor there was attractive to ships dating back to Juan Cabrillo’s visit in 1542. Mission monks received their Spanish provisions there, and in the civil war era Phineas Banning’s shipping company send stagecoaches and wagons out across five states from the L.A. harbor, but the harbor we know today dates to the 1899 fight.  Current executive director Geraldine Knatz crafted this necklace incorporating artifacts from the turn-of-the-20th-century creation of the port. Today, the Ports of Los Angeles and Long Beach are the busiest in the United States, handling over eight million containers a year.