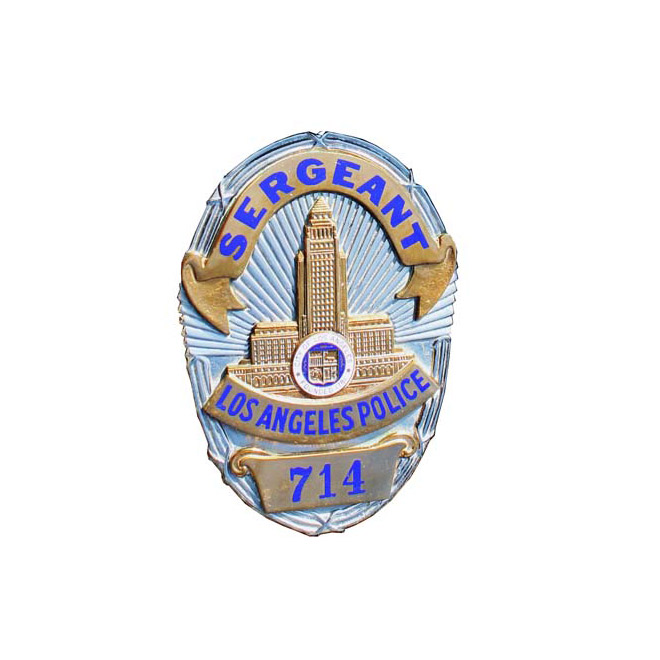 Santa Monica native Jack Webb created hardboiled police sergeant Joe Friday in 1949. The noir-era Dragnet radio show launched feature films and TV series, with Ed O’Neill last playing the part in 2004.  The unimpeachable Friday, with his trademark lines (“just the facts, ma’am”) and everyman appeal, supercharged the morale and reputation of the growing LAPD to a worldwide audience. At the conclusion of Webb’s last series, he turned in his gun and badge, which were later donated to the Los Angeles Police Museum in Highland Park.