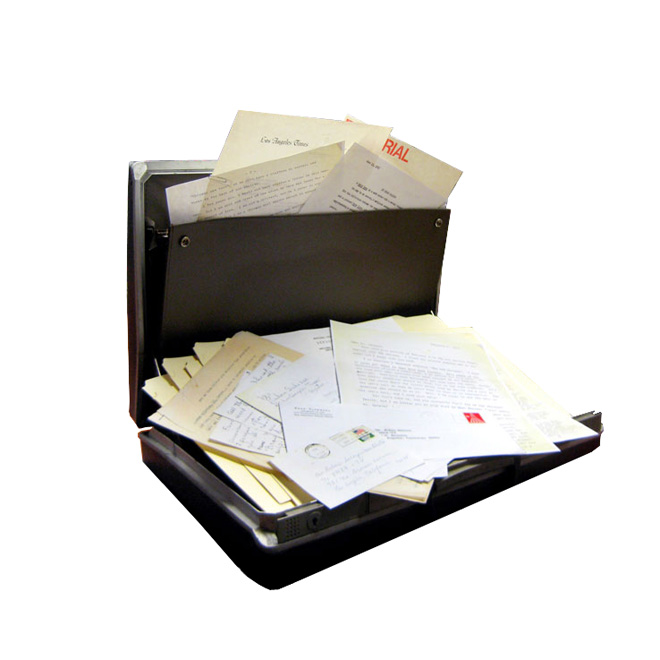 In the 1950s and ‘60s, Ruben Salazar was an outspoken Los Angeles Times reporter railing against injustice and poverty. In 1970, he quit the Times and became news director at KMEX channel 34. That summer, while covering a protest in East L.A., Salazar took a break and ducked into the Silver Dollar bar on Whittier Blvd. A short time later a Sheriff’s deputy shot a teargas canister into the room, which struck and killed Salazar. His death attracted national attention after Hunter S. Thompson wrote about it in Rolling Stone in 1971.

Salazar was influential and respected during his tenure as an L.A. reporter, but his memory has grown larger in the decades after his death. USC Annenberg professor Félix Gutiérrez described Salazar as a role model of his youth, remarking that he was the “only Latino journalist covering Latino issues that I could identify at the time.” But it was his death at the hands of police that transformed him into a martyr and a symbol that appears on a U.S. postage stamp. A classroom at Cal State L.A., a high school in Pico Rivera and Laguna Park in East L.A., all renamed in his honor.

USC staffer Juan Espinoza was the first to document the contents of Salazar’s briefcase and wrote this account: “A corroded mark of rust came to life as I removed paper clips that seemed untouched since 1970. The smell of history matched the aged, brown, typewritten pages…It’s as if someone opened your laptop and read the documents and Internet tabs you left open on the morning of your death.”

The circumstances of Salazar’s last day have long been the subject of debate. Sheriff Lee Baca refused access to Salazar’s files until last month when he reached an agreement with MALDEF and filmmaker Phillip Rodriguez, who will incorporate the material into his film Rubén Salazar: The Man in the Middle, which will air on PBS later this year.