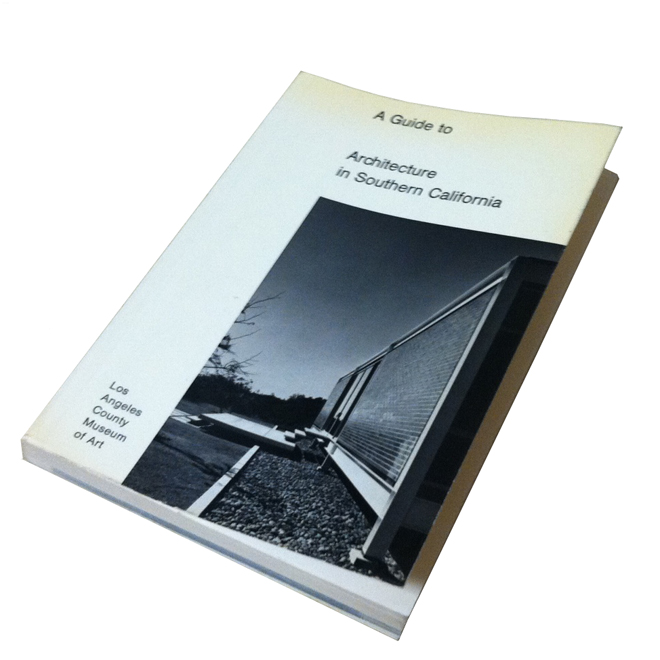 Almost fifty years ago architectural historians David Gebhard and Robert Winter wrote their first edition of A Guide To Architecture In Southern California. The tiny paperback was published by the Los Angeles County Museum of Art and was the first serious attempt to not only admit there was serious architecture here, but to also attempt a survey of it. That first book was filled with hand-drawn treasure maps to the designs of Richard Neutra, Frank Lloyd Wright and Greene and Greene, and inspired generations of architecture buffs to expand on their work, creating libraries of scholarly research on these otherwise forgotten titans. Their book grew larger and larger with each new edition, including even more photographs and directions to more off the beaten path oddities in the hefty 543-page version available today. The “bible” of L.A. architecture is on the bookshelf (and maybe even in the glovebox) of anybody with an interest in the built environment of Southern California and is indispensable to anyone trying to understand this place.