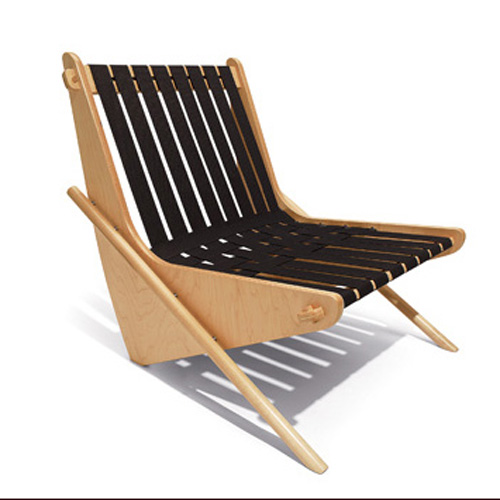 At the onset of World War II thousands of shipyard workers poured into the Los Angeles Harbor and the federal government hired no less than modern master Richard Neutra to design homes for them. In 1942 the Public Housing Authority opened the Channel Heights housing project: 600 units of affordable and elegant apartments on 160 acres between Gaffey Street and Western Avenue in San Pedro. The thoughtfully designed complex was planned around vast green space with footpaths connecting the units to schools, daycare and a medical office. Neutra even designed special furniture he imagined the working-class residents crafting from scrap wood, a desk lamp, and a distinctive chair that resembled a boomerang in profile. “It was very idealistic,” recalls his son Dion, who worked on the project while still in high school. “The furniture was entirely his initiative. The government never asked for anything like that.” Throughout the 1950s and ’60s, Arts & Architecture magazine would champion the idea of well designed and affordable homes through their Case Study House program.  Today, the remaining Case Study Houses are showplaces and furniture companies are making high priced replicas of the Boomerang chair. Neutra’s prototype lamp from the Channel Heights project went to auction earlier this year with an estimate of $20,000-30,000. The Roosevelt-era push for affordable public housing was largely squashed a decade later and derided as a communist plot. Richard and Dion went back to visit one last time in the late 1960s, when the complex had deteriorated to the point of no return. “A Neutra slum,” the father told his son, “is no better looking than any other slum.” Single-family homes rose on the site in 1978.