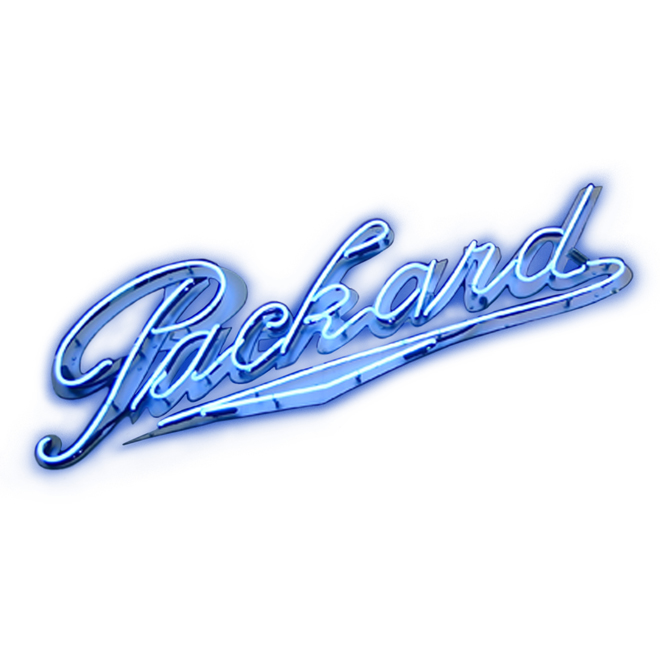 French scientist Georges Claude was the first person to trap neon gas in a tube and electrify it. He refined his technique for eight years before exhibiting his creation in 1912.  Claude began bending lighted glass all over the “City of Light.” Strips of fiery color at the Paris Opera House, and a “Cinzano” sign near the Eiffel tower. The first neon sign in America was installed in downtown Los Angeles in 1923. It was commissioned by radio, TV and automobile baron Earl C. Anthony to advertise his new Packard dealership at Olympic and Hope Streets. Anthony had the two two custom-made signs depicting the automakers logo shipped from Paris at a cost of $24,000. The last Packard rolled off the line in 1958 and the building became “Computer Input Corp.” in the early ’70s. Neon would become synonymous with Los Angeles and in the following decades our streets would become an electric dance of art and advertising that continues to this day. We even have a museum devoted to neon art. Those original signs are long gone, but when the building was remade into the “Packard Lofts” in 2006 the owners decided to pay homage with a replica sign that once again lights up that corner of the city.