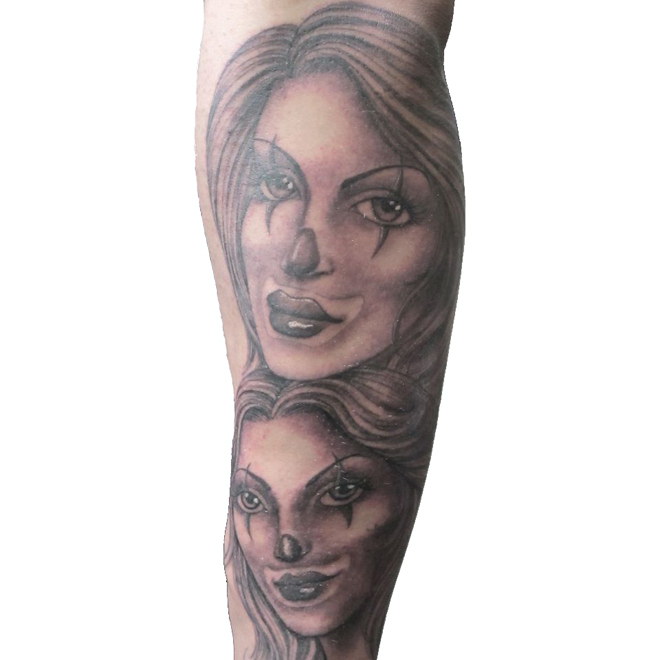 Tattoos and tattoo parlors have been a part of Los Angeles for well over a hundred years and many of the most popular styles originated in Southern California. The first semi permanent studios here opened on Main Street downtown around 1900 and the oldest remaining studio in the country, Bert Grimm’s World Famous Tattoo, was opened at the Long Beach Pike in 1927. Award-winning artist Kari Barba took over that historic studio and renamed it Outer Limits in 2007. Barba specializes in several styles including Japanese, which Orange County artist Don Ed Hardy brought to Southern California in the 1950s, and Black and Grey, which has origins in prisons and street gangs and was perfected in an East L.A. shop called Good Time Charlie’s Tattooland in the 1970s. Tattooland artists Jack Rudy and Freddy Negrete created prison-style tattoos in a realistic, complex style using only one needle, like the homemade machines created behind bars.  In their exhibition Skin & Ink, the Craft and Folk Art Museum writes that this style informs most tattoo styles today. The museum copy states that “The Virgin of Guadalupe and the head of Christ are popular Black and Grey motifs, as well as images of young, beautiful Mexican women—often charras or cowgirls—Aztec designs, and photo-realistic portraits of mothers, spouses, children, or deceased relatives and friends.” From prison halls to museum walls, these tattoos are as permanent as the ink used to craft them.