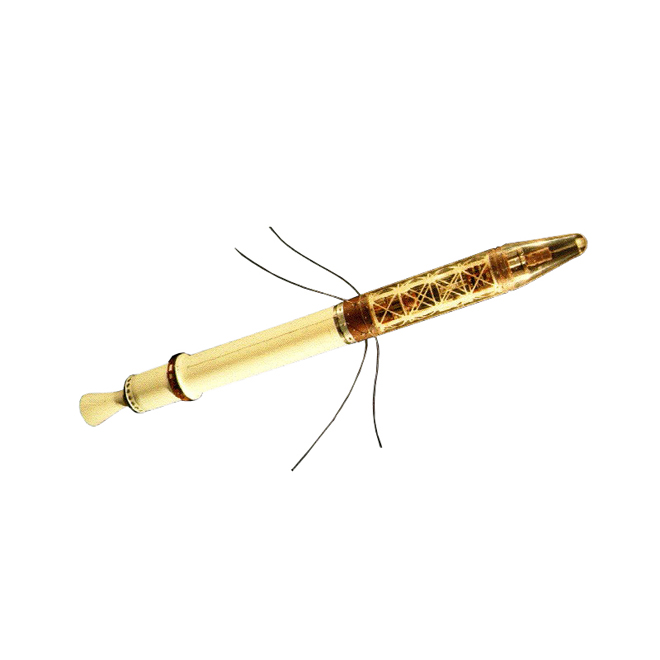 The first object the United States launched into Earth orbit came from Pasadena. Explorer 1 was the beginning of space exploration and carried thirty pounds of high tech experiments that measured cosmic rays, meteor impact and solar radiation but had much larger political ramifications as it was launched from atop a retrofitted missile. The craft was created at the Jet Propulsion Laboratory at the same time as Sputnik, but launched four months later and marked America’s entry into the space race against the Soviet Union. A Universal newsreel described it as a “A three-way collaboration between private industry, academic science and the military.” The team that created it included ex-Nazi rocket scientist Dr. Wernher Von Braun, who also created the Saturn V that took astronauts to the moon in 1969, Dr. James Van Allen, who has that radiation belt named after him, and William Pickering, who ran JPL at the height of the space age. The vessel was shipped from Pasadena to Cape Canaveral and was sent into the dark night atop a Jupiter rocket. It remained in orbit until 1970 when it burned up upon re-entry over the Pacific Ocean.