Home Holiday L.A. History in Objects #21: A Rose From the Rose Parade 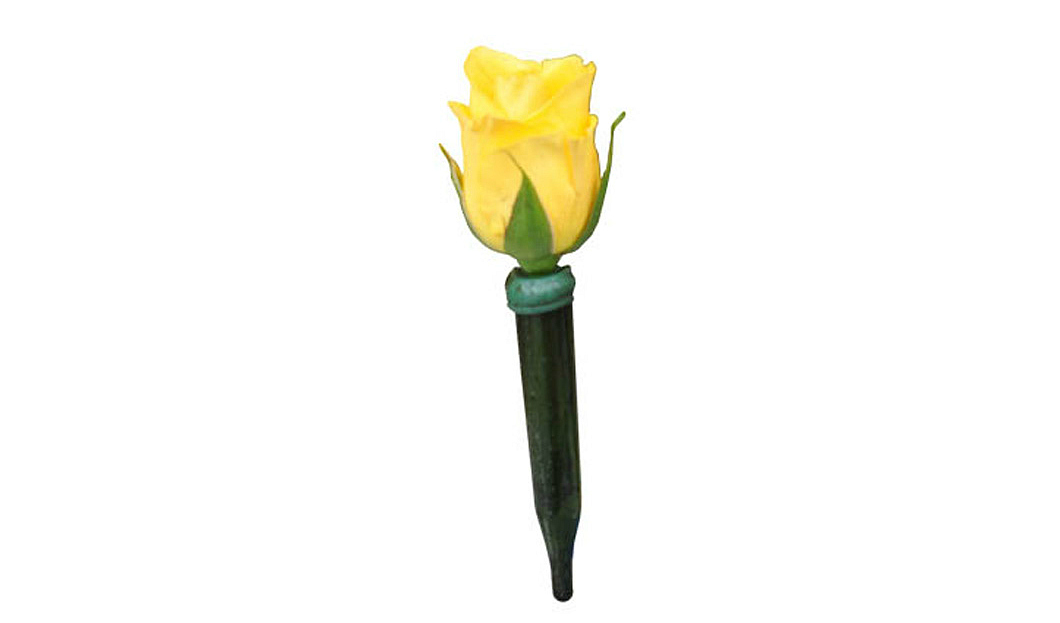 From our series DispL.A. Case, telling the history of Los Angeles through 232 objects, written in celebration of the 232nd anniversary of the founding of the city. Find more stories from this series–including Ray Bradbury’s typewriter, Tom Bradley’s campaign pin, and an original Pink’s hot dog–in our archives.

For more than 120 years, the Tournament of Roses parade has spotlighted the glories of Pasadena on the first day of January. Images of the horses, carriages and eventually mechanical floats smothered with millions of fresh cast California as a tropical paradise when much of the country was shivering.

The founders were members of the Valley Hunt Club, ritzy East Coasters drawn to the fresh air and health resorts of Pasadena. When not chasing rabbits in the Arroyo and sipping drinks in their wood paneled clubhouse, the members drew up plans to popularize their new home in an event patterned after an annual French flower battle.

“In New York, people are buried in snow,” announced Professor Charles F. Holder at a Club meeting. “Here our flowers are blooming and our oranges are about to bear. Let’s hold a festival to tell the world about our paradise.”

The first few years included ostrich, camel, and elephant races alongside the decorated carriages in a small park near Cal Tech. The spectacle was created for color television and when technology caught up, the first color broadcast on network TV was of the 1954 parade. Today the route is 5 ½ miles, the parade takes two hours to pass, and it is watched by 39 million viewers in 232 countries. Volunteers still place every rose by hand. Water vials keep them looking lively.

RELATED: This New Visual History Will Make You Fall in Love With Disneyland All Over Again