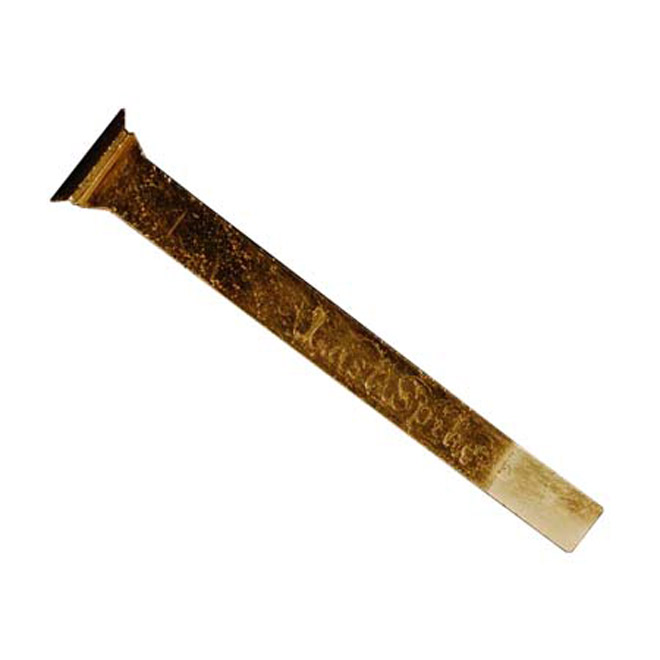 Shortly after the civil war, the transcontinental railroad reached California. Easy access would open up the entire West coast to a bright lights, big city way of life. You may have heard about this wingding out in Utah with the champagne and the golden spike and all that, but let’s keep digging for L.A.’s spike. In 1869, San Francisco opened the rails for service and became party city, what with all that Ghirardelli chocolate and those Levi’s jeans. Angelenos that wanted in on the action could ride the slow and dangerous stagecoach for a couple days, or wait until 1876, when railroad moguls Charles Crocker and Leland Stanford got together to create a line connecting Northern and Southern California. The lines would meet up at Lang Station in present-day Santa Clarita and not to be outdone, we needed our own golden spike. Jeweler L.W. Thatcher fashioned this 9¼ ounces, is 5-7/16 inch long fastener out of “San Gabriel gold.” He also made up a special silver hammer with a handle made from an orange tree and gave them to Crocker to bang out the message that California had arrived.  Forty guests were invited to the ceremony, and 4,000 (mostly Chinese immigrant) workers showed up. Crocker’s flowery speech mentioned the significance of the spike as “indicative of the great wealth which will flow into the coffers of San Francisco and Los Angeles when this connection is made.” He described the ceremony as a “wedding” between Los Angeles and San Francisco, not by the “hands of wedlock, but by the bands of steel.” Talk about a shotgun wedding.  The spike is engraved on four sides as follows “Last Spike,” “Connecting Los Angeles,” “And San Francisco,” “By Rail.” On the head is engraved the date, Sept. 5, 1876. Eighty years later, one of Crocker’s heirs donated the spike to the California Historical Society in San Francisco, where it resides today.