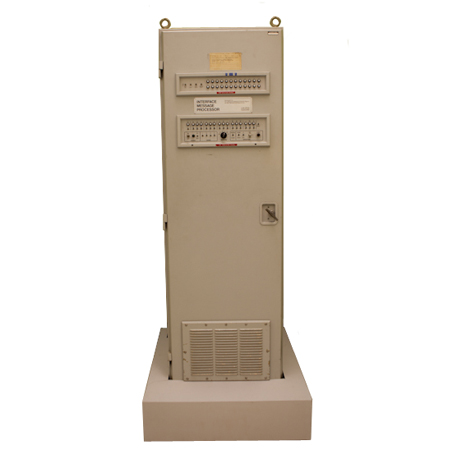 You are reading this right now because of the Interface Message Processor. The bulky steel computer, displayed at a museum on the UCLA campus, laid the first link in what became the Internet. MIT researchers spent the first half of the 1960s imagining ways for computers to talk to each other, and by 1965 a computer in Boston made brief contact with a computer in Santa Monica. The room-sized Q-32 was parked at System Development Corporation at Olympic and Cloverfield. A few years later Leonard Kleinrock, one of the leaders of the MIT group, arrived at UCLA and led the effort to create the ARPAnet, a project to link research labs across the country. On October 29, 1969 his UCLA team connected their computer to one at Stanford Research Institute and according to Kleinrock, “The Internet uttered its first words.” The first message: “Log” overwhelmed the Stanford computer, which only received the first two letters, “So the first message was ‘Lo,’ as in ‘Lo and Behold,” Kleinrock told The Register in 2009. “We couldn’t have asked for a better message.”