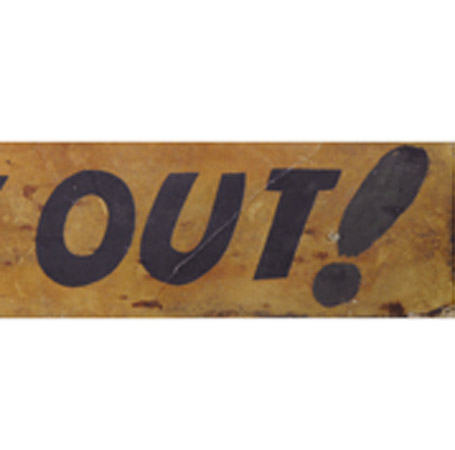 West Hollywood was always out of bounds. The neighborhood was a free-floating non-entity of unincorporated Los Angeles County from 1850 until establishing itself as a city in 1984. Los Angeles law didn’t apply there and the authority of the LAPD ended at the Chateau Marmont.  The free and easy attitude led to the birth of the Sunset Strip and the nightclubs in the 1920s, to illegal gambling joints hidden in plan sight, to giant billboards, and was a magnet for free spirits from the very beginning. The Coalition for Economic Survival, a key player in the battle for incorporation described the residents as “Ranchers, outlaws, business magnates, railroad workers, movie stars, mobsters, hippies, gays, lesbians, artists and other independent souls who enjoyed its fine ambience.” Barney’s Beanery had been feeding this ragtag bunch since 1929 at a tiny roadhouse on Route 66. Amidst the cluttered décor, owner Barney Anthony hung a hand-painted wooden sign that read “Fagots – Stay Out!” He eventually added six more, which would hang there for decades. Gay rights groups first sprang up in Los Angeles in the early 1950s and were well established when  a riot at the Black Cat bar in Silver Lake in 1966 (two years before the Stonewall riot in New York). The Black Cat riots sparked the first gay newspaper and the Metropolitan Community Church. Activists loathed the signs, which were reproduced on matchbooks and included in Edward Kienholz’s 22-foot long diorama “The Beanery,” on display at the Stedelijk Museum in Amsterdam since 1970. In January of that year, with 150 protestors in and around the Santa Monica Boulevard bar, Reverend Troy Perry confronted manager Irwin Held, asking him what the sign meant. “It doesn’t mean anything.” Held said. “Then take it down.” Perry demanded. Threats from both sides led to intervention from the L.A. County Sheriff, who talked the owner into removing the signs, one of which was given to gay rights leader Morris Kight. The victory was short-lived and new signs soon went up. Fifteen years later, the new city enacted anti-discrimination laws and the mayor of West Hollywood showed up to personally remove the signs once and for all.