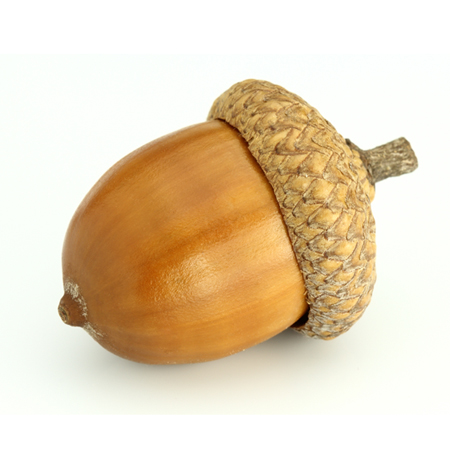 In ancient Los Angeles, somewhere between Smilodon and Octomom, the acorn reigned supreme. The tiny nut was a staple of the Tongva diet and along with deer, quail, and pine nuts, sustained life here for thousands of years.  Our desert woodland and chaparral landscapes are favorite habitats for sycamore and oak trees (how do you think Thousand Oaks got its name?) and the plant foods were abundant. The mighty oak of Los Angeles literally grew from these tiny acorns. Historian Rosanne Welch reports that acorns were so important to the Tongva that linguists “recorded words for a feast of acorns (ke-hi-e), acorn meal before leaching (kwarpar-e), acorn meal after leaching (wo-e-ch) and acorn mush (we-ch).” The women of the tribe tended to plants and reaped the harvest. That might have been what “La Brea Woman,” the only human skeleton ever discovered in the La Brea Tar Pits, was doing when she met her end at Wilshire and Curson 9,000 years ago.