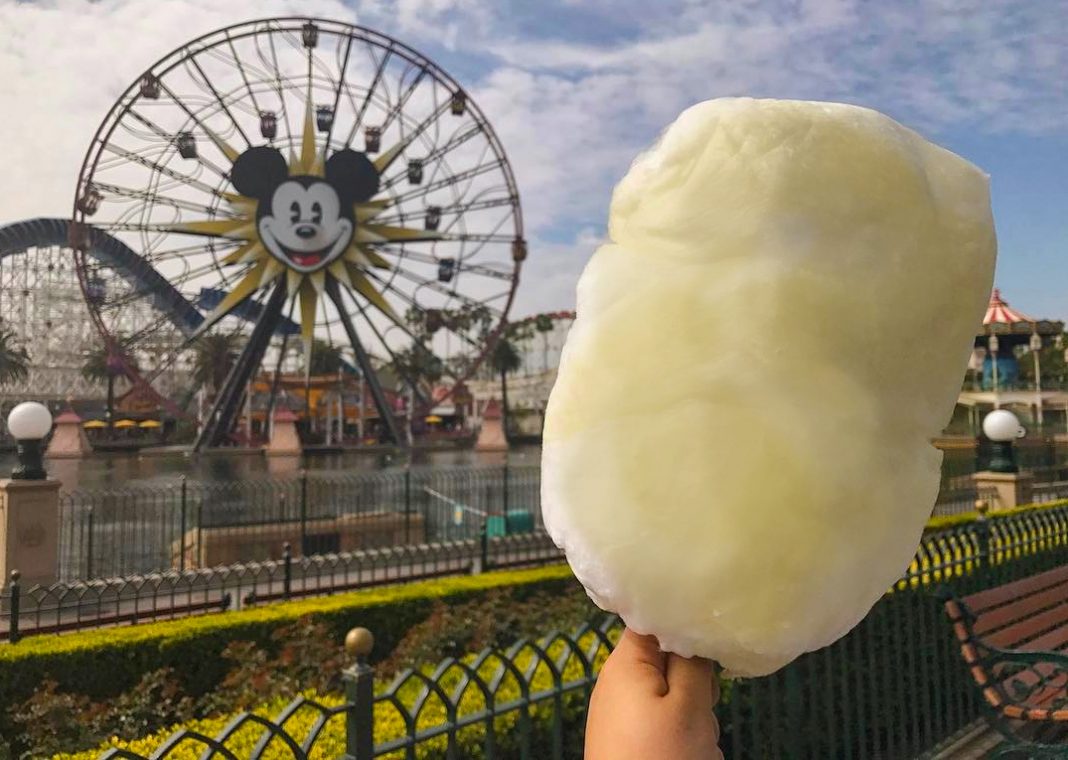 Everybody loves Dole Whip. For generations that pineapple-flavored soft serve was only available on the Dole Plantation in Hawaii and at Walt Disney’s Enchanted Tiki Room (though now you can get the authentic stuff at Whipp’d in West Hollywood and Orange County). Now, at Disney’s Anaheim parks, Dole Whip is available in an entirely different form—sugary clouds of cotton candy. Disney has offered “candy cane” cotton candy at Christmas and “candy corn” cotton candy at Halloween, but pineapple is a first–and people are loving it.

(Update: Disneyland called to let us know this is not a product officially licensed by Dole. It is simply “pineapple cotton candy.”)

The sweet yellow-and-white striped confections recently began to appear on carts at Disney’s California Adventure and will only be around for a short time. All sorts of limited time only treats are available at the park right now, from St. Patrick’s Day apples (Mickey under a leprechaun hat) and green velvet cupcakes, to gold-dusted beignets and churros celebrating the 50th anniversary of Pirates of the Caribbean. Dole Whip cotton candy, however, seems to reign supreme.

8 of the Best Holiday Desserts from Bakeries and Confectioners Across L.A.