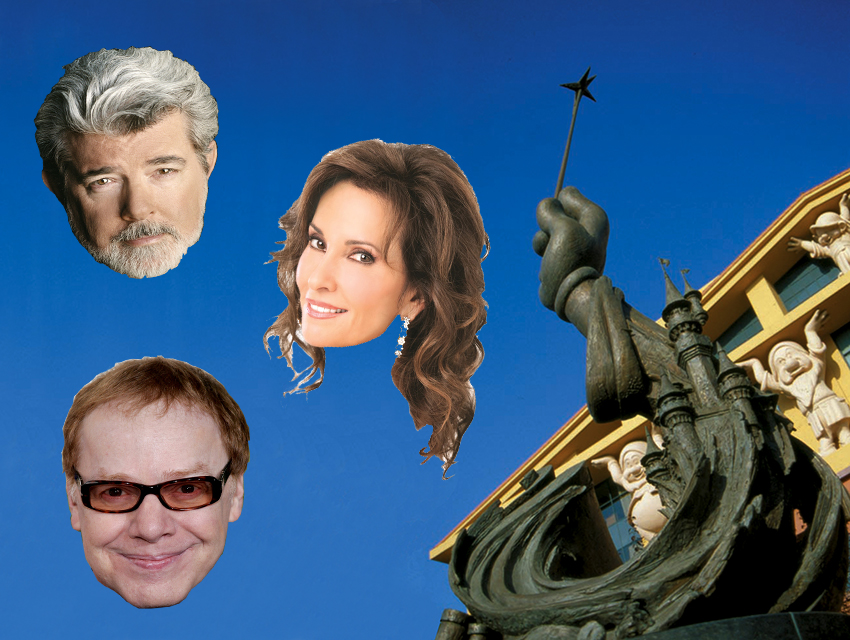 Photographs by Supplepanther and Tinseltown

As Disneyland prepares for its 60th birthday on Friday, the company selected eight honorees to be named Disney Legends. The program began in 1987 when The Absent-Minded Professor star Fred MacMurray had his handprints and signature cast in bronze to be displayed at company headquarters in Burbank. More than 250 plaques have been awarded to a group that includes Walt’s friends, family, and earliest collaborators. Of course I get excited that Herb Ryman, John Hench, Bob Gurr, Rolly Crump, and the other designers of Disneyland have awards, but the group runs the gamut, from Steve Jobs to Annette Funicello to all four Golden Girls. Where else would you see Elton John and Buddy Hackett on the same bill? The ceremony, hosted by Disney CEO Bob Iger, takes place at the D23 Expo on August 14, and here are the honorees:

Andreas Deja, animator on Beauty and the Beast, Aladdin, and The Lion King.

Danny Elfman, Composer of The Nightmare Before Christmas, Alice in Wonderland, Frankenweenie, and Oz the Great and Powerful.

Julie Reihm Casaletto, Disneyland’s first Ambassador—a role created to help Walt, who found it increasingly difficult to attend all the events to which he was invited.