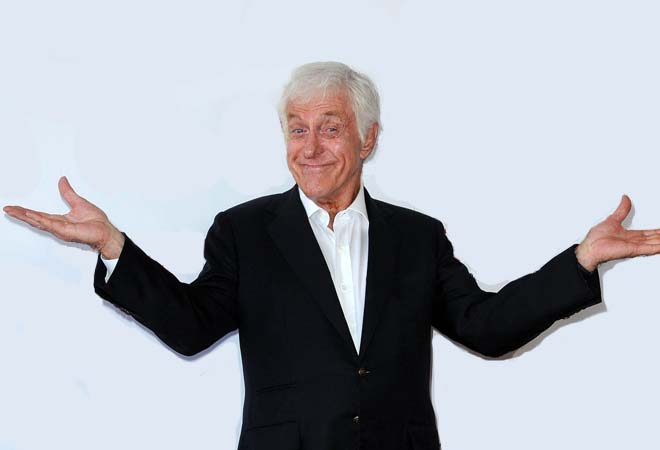 Remember a while back when I posted 86-Year-Old Dick Van Dyke Has Way More Energy Than You? He just keeps getting more awesome. Last month he was spotted chillin’ at his grandson’s Malibu art show, and today he leaps from a flaming Jaguar! Earlier this afternoon, the actor thought he had a flat tire and pulled over on the 101 in Calabasas. As he was sitting on the shoulder, a fire tore through the engine compartment of his sports car. A good Samaritan at the scene offered his help, but Van Dyke climbed out of the burning car before it was engulfed in flames. “Very exciting!” The lanky comic said before hitching a ride home with his 41-year-old wife Arlene.