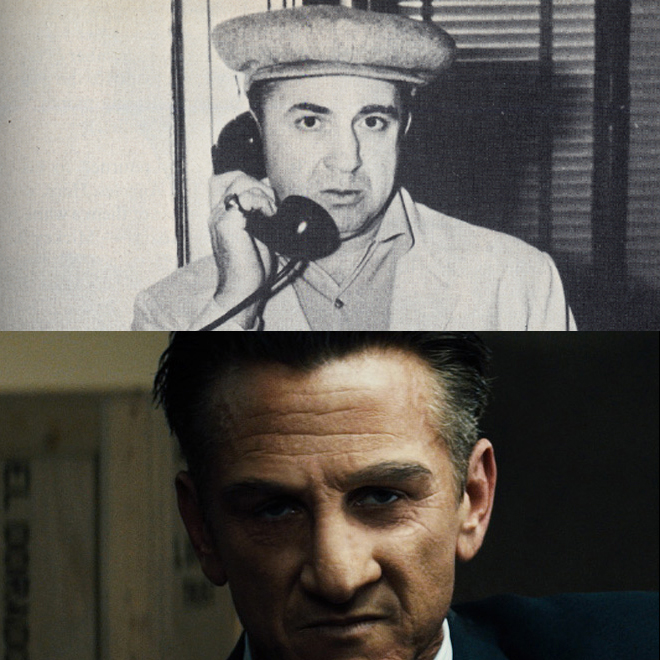 Sean Penn portrays mob boss Mickey Cohen in the crime drama Gangster Squad, in theaters this Friday. In 1972, Los Angeles magazine ran a 1958 interview with the mobster by famed screenwriter Ben Hecht (Scarface, Notorious) and also sat down with the real Cohen, who had just spent twelve years in prison. The aging and injured mobster rails against homosexuals and a cannibalistic Eskimo, and rants about how LAPD chief William Parker had it out for him. He also takes on the uncivilized fashions of the ‘70s.

Cohen grew up in Boyle Heights and pulled off his first heist when he was 9 years old. “I was really looking to make a buck at a very early age,” he told Hecht in 1958. As a teenager, he hopped a freight train to Cleveland where he earned his mob chops and became a professional boxer on the side. At 24 he teamed up with Al Capone’s bookkeeper and came back to Los Angeles where he quickly became a surprisingly chaste (no sex, no booze, no cigarettes) racetrack bookie and led a violent takeover of the local crime syndicate. “I been a boon to this town,” he told Hecht. “And I’ll tell you somethin’. Despite the attitude of the police, there are a lot o’ people beginning to realize that fact.”