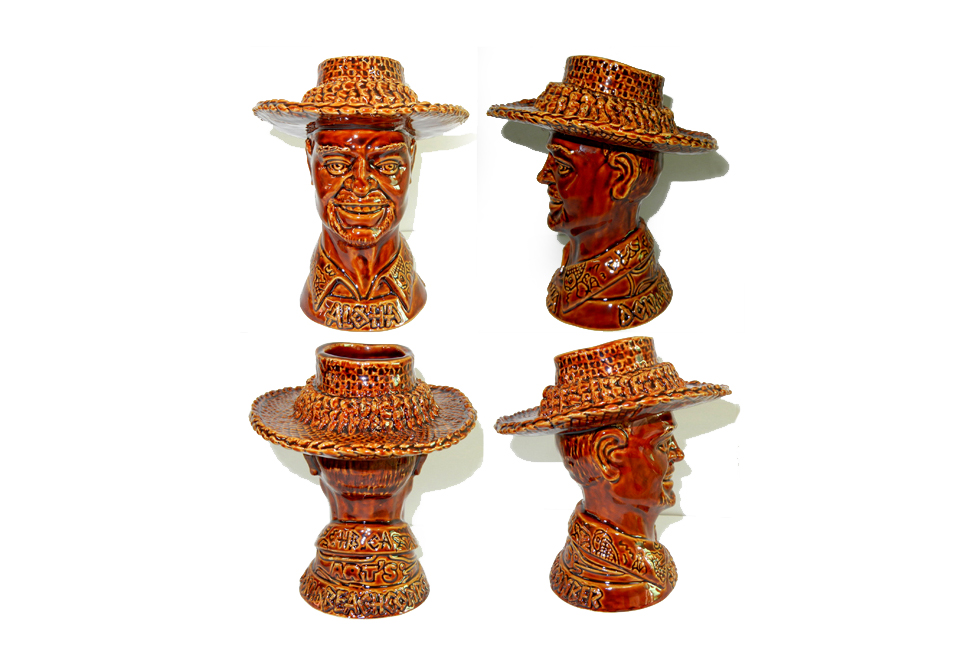 Art Snyder was a colorful character during his time as an L.A. city councilmember. He died last year, but represented Highland Park and the surrounding communities starting in 1967. He led parades, kissed babies and was a traditional old-time politician (we’re not going to mention the part about drunk driving charges, eloping with a teenage aide, and some really bad stuff) who was re-elected for almost 20 years. In his retirement, Snyder opened a ritzy Polynesian restaurant on Pacific Coast Highway. His Don the Beachcomber remembers him this Saturday night with a tiki tribute mug from Tiki Farm. Snyder’s memory will be honored at a party filled with dancing wahines and Seven Daiquiri Tiki cocktails, one of Art’s favorites, served in this ceramic vessel. Pick one up for $35 and toast the late councilman while your designated driver takes you home.