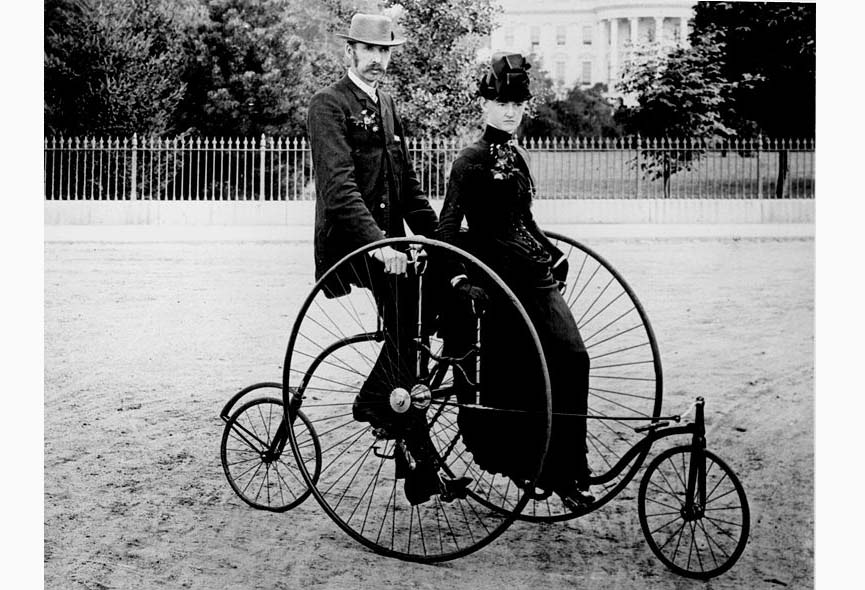 Even though Mad Men has moved deep into the hippie era, Broadway (and 30 Rock) star Cheyenne Jackson channels the early 60s and ring-a-ding-dings his way through the great American Songbook for Music Of The Mad Men Era at Walt Disney Concert Hall.

Dress your best and learn to waltz where Marion Davies’s 100-room beach house once stood. Guided tours, paddle boarding lessons and kite-flying will also mark the fifth anniversary of the estate’s rebirth as the Annenberg Community Beach House

I feel like a dope for never having seen Jean-Luc Godard’s 1965 science fiction noir Alphaville. Thank you Nuart Theater for allowing me to right that wrong.

Handlebar moustaches, tintype photos, and the Coolhaus truck aren’t just for hipster street fairs. The Homestead Museum presents a weekend in the 19th century with high-wheel bicycles, civil war soldiers, and a model showing off how her hoop skirt is built.

Leslie Caron, legendary star of Gigi and An American In Paris, stars as a feisty widow who forms a close relationship with a much younger dance instructor as he teaches her how to cha-cha-cha. Six Dance Lessons In Six Weeks at the Laguna Playhouse

The “Dudes” will meet when Jeff Bridges appears onstage with Jeff Dowd, who inspired his character in The Big Lebowski. The movie screening is sold out, but you can bowl with Dowd and actors from the film on Sunday at Lebowski Fest in Orange County. Shameless plug: Your blogger curated the exhibition Bowlarama, which includes original equipment salvaged from the Hollywood alley where the movie was filmed.

Join the explorers of Atlas Obscura and visit the home of Antonia Futterer, the “real life Indiana Jones” of the 1920s who raided the Holy Land for ancient artifacts and brought them back to his Silver Lake home, where they are sill on display at Holy Land Exhibition.

Historian Nathan Marsak leads a discussion on Los Angeles’s great public mausolea for the 35th salon of the Los Angeles Visionaries Association. The visual expedition takes in the exotic architecture of Angeles Abbey, Angelus Rosedale, and Forest Lawn, proving that Angelenos seek out the fantastic, even in death.

Seventy historical groups from all over the county converge at the Pico House near Olvera Street for Heritage Day where they how off treasures including art by Leo Politi, the Hollywood Sign, and the legacy of L.A.’s backyard BBQ.

The one-man show Mel Brooks Live at the Geffen is sold out, but if you show up with a tap-dancing Frankenstein, or on horseback with Gene Wilder, maybe somebody will feel sorry for you and get you a ticket.