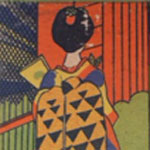 My ears perk up whenever I hear the word timeline. I love to see the evolution of familiar things and plot the origins of the obscure, so when the magazine looks back at L.A. history and, in particular, restaurants, I feel compelled to jump in and make sure we get our facts right.

When I heard that our dine editor Lesley Bargar Suter was working on a timeline of L.A. sushi, I immediately started to bombard her with anecdotes, old newspaper clippings, and ancient menus. When she told me the city’s first sushi bar opened at Kawafuku on East 1st Street in 1965, I was incredulous and set out to find an earlier example. It wasn’t easy.

My first stop was the menu collection at the Los Angeles Public Library. Thousands of vintage bills of fare are online, but there are less than a dozen for Japanese restaurants that were open prior to 1970, and only one of these listed sushi. As luck would have it, it was the same place Lesley had already found. I then hit up Taschen editor Jim Heimann and asked him to dig through his collection of more than 5,000 menus. No luck.

Burrowing through the Los Angeles Times’ archive, I unearthed references to the dish dating to the 1930s, but as Lesley rightly pointed out, none described a sushi bar, only a version of the dish being eaten there. My sense of victory was deflated.

Soon after that disappointment I met an elderly Japanese couple who shared stories of prewar L.A. and their time in Little Tokyo, and later at the Manzanar internment camp. I asked them about sushi and was referred back to Kawafuku, Lesley’s point of origin for the dish in L.A.

I dug through the Central Library’s California Index, followed up with the authors of a book on Gardena’s Japanese community, and started asking old folks in the restaurant business if they had any ideas I should pursue. Then I found a juicy lead on Crenshaw Boulevard: The Holiday Bowl was a lavish bowling center that opened in 1958, and they served sushi!

After more research, I found 94-year-old historian Harry Honda’s Little Tokyo timeline, which lists a restaurant called Matsuno Sushi that opened in 1932; a public art project with the words “sushi” and “1914” etched into the sidewalk on East 1st Street; and in the book Japanese of Los Angeles, 1869-1920, published in 1969, we found Sushi-Ya, which opened on Weller Court 107 years ago. Bingo!

The timeline set me off on a mission to try and trace the origins of California rolls on Ventura Boulevard. After more archival rummaging, I gave up and called friends that were in the right place at the right time to enjoy the beginnings of the Valley’s infatuation with cream cheese and avocado rolls. One noted that he first tried the delicacy at Mikado in 1974. That seemed like a good jumping-off point, so I tracked down the origins of the roadside motel and dining spot in Valley Village. It opened in 1958 as the Brass Tiger and by 1964 had become Mikado. I found the names of the owners mentioned in a period dining guide, and I began to track down Jerry Frick and the person the reviewer described as “the real boss…his lovely Japanese wife, Yoko.” Mr. Frick showed up in the Social Security Death Index, but Mrs. Frick still lives in Beverly Hills. I figured that an interview with a pioneer might open some new doors. Unfortunately, an afternoon spent calling every Frick in the phone book and in our research editor’s databases got me nowhere (although one called back to say that her Frick was 17 years old and therefore did not own a sushi restaurant in the ’60s, thank you very much).

As press time approached, I dusted off one of Los Angeles magazine’s 50th- anniversary postcards featuring Alfred Hitchcock on the cover stabbing a turkey and sent it to Mrs. Frick’s last known address. Here’s hoping I didn’t open a can of fish bait, but we do go to great lengths to get our facts straight and tell the truth about Los Angeles history.