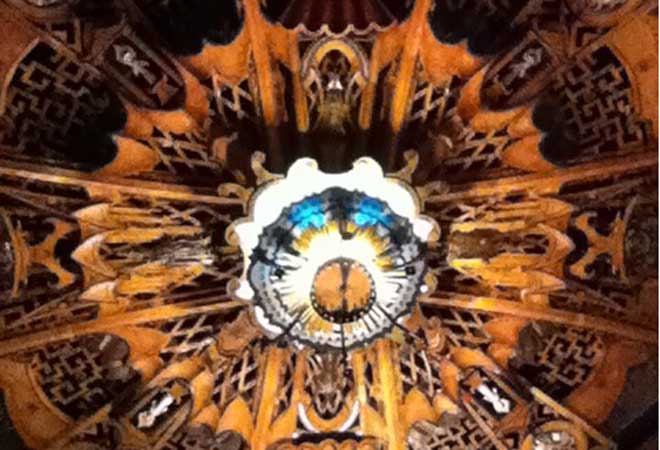 The new hyper-deluxe edition of The Wizard Of Oz is coming to the TCL Chinese Theatre IMAX on Friday. I caught an early show and it is indeed wondrous. Seeing the iconic fantasy in the world’s most iconic movie palace is one level of terrific, but all the bells and whistles of restoration, 3D conversion, and over-the-top IMAX presentation in the newly enhanced theater make it a must-see. The level of detail in things like Toto’s fur, and the glittering foliage of Munchkinland are so intense, it’s almost distracting.

City Councilman Tom LaBonge was in the audience last night and shouted, “Pay no attention to the man behind the curtain!” before running over to greet me and my 12-year-old niece Anyssa, who attended in ponytails and a blue gown inspired by one in the movie. A costumed character in an “Angry Bird” costume greeted us on the Boulevard: “Yo, Godfather, quit dressin’ your kid like Dorothy!”

In other Chinese theater news, Dalian Wanda, the China-based parent of AMC Theatres, today announced a $20 million gift to the Academy of Motion Picture Arts and Sciences for their planned museum in the old May Company building on Wilshire Boulevard. This marks the halfway point in a $300 million fundraising campaign, including the $2 million-plus purchase of the 1939 Wizard Of Oz Ruby Slippers (#114 in our DispLA Case) last year.