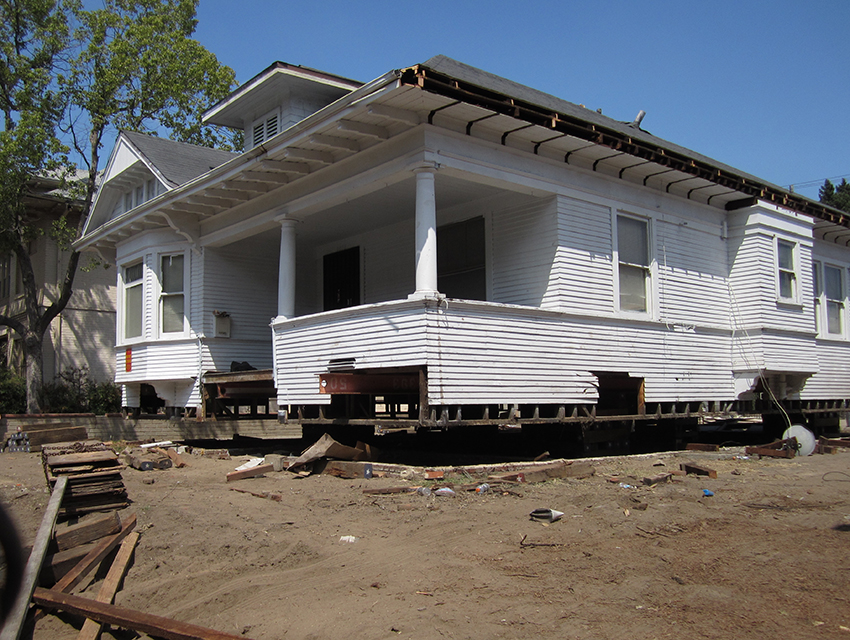 Three years ago the city rallied around two giant objects as they rolled down deserted streets late at night. Relive the joy of the space shuttle and the big rock on a slightly smaller scale when two Victorian cottages are shuttled around West Adams this week.

The University of Southern California is moving the pair of turn-of-the 20th Century homes to make way for a new childcare facility at the school. The first house will start to roll around midnight tonight and the second will depart 24 hours later. The public is invited to cheer on the slow-motion parade. The eight-block journey will probably take the entire night, so go and celebrate the successful relocation of these two beauties to the University Park Historic Preservation Overlay Zone where filling in vacant lots with these ancient beauties is a big win for everybody. Members of the West Adams Heritage Association will be on hand with champagne and coffee, depending on when you arrive.