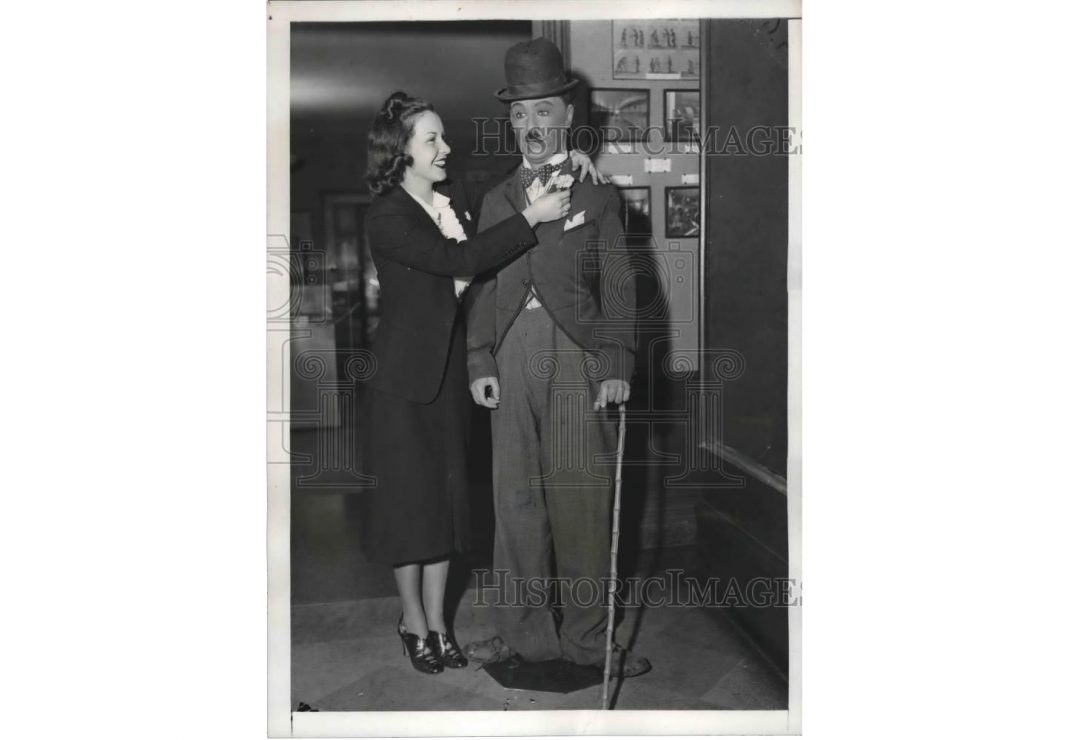 Remember that beautiful photo feature that Los Angeles magazine ran last summer when the Becoming L.A. exhibit opened at the Natural History Museum? I spent a week in the museum’s basement as curators brought out their treasures to be photographed by Henry Leutwyler for the story. One of my favorite items in the collection was the Little Tramp costume donated by Charlie Chaplin. Back in the 1930s, museum officials wrote to celebrities asking for donations for a new Hollywood collection. Mary Pickford sent her golden curls, Mack Sennett sent his Pathé camera, and Chaplin sent his iconic outfit. The museum says it is the only surviving example of a complete Tramp costume. Staffers called in a textile specialist when we asked them to tie the delicate polka-dot neckwear for a photo, so that’s what caught my eye when I noticed this photo on eBay. In the 1938 ACME news photo above, Lucille LeFevre places the silk flower on the same jacket that the museum now has on display. Back then the clothing was shown on a wax figure of the comedian. I immediately sent the auction site’s listing to collections manager Beth Werling, and the museum put in the winning bid. In a few weeks it will be part of the Seaver Center For Western History Research. Congratulations to the museum for acquiring this additional piece of Chaplin’s story, and for having the foresight to ask for the suit in the first place.