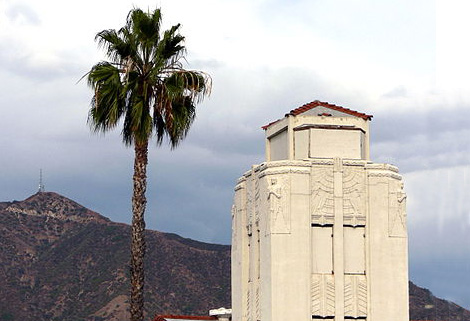 On this day in 1927, Charles Lindbergh made the first solo flight across the Atlantic, and five years later, also on May 20th, Earhart became the first woman to make the same journey. Lindbergh, Earhart, and most every famous figure in early aviation arrived in Los Angeles via the Grand Central Airport in Glendale. (Earhart even took flying lessons there.) The Art Deco control tower and waiting room still stand but are surrounded by a 1960s office park. You can learn all about it through this neat documentary, When Glendale Ruled The Skies. The future of the 1928 airport is no longer up in the air; restoration plans submitted by the Walt Disney Company were approved earlier last year.