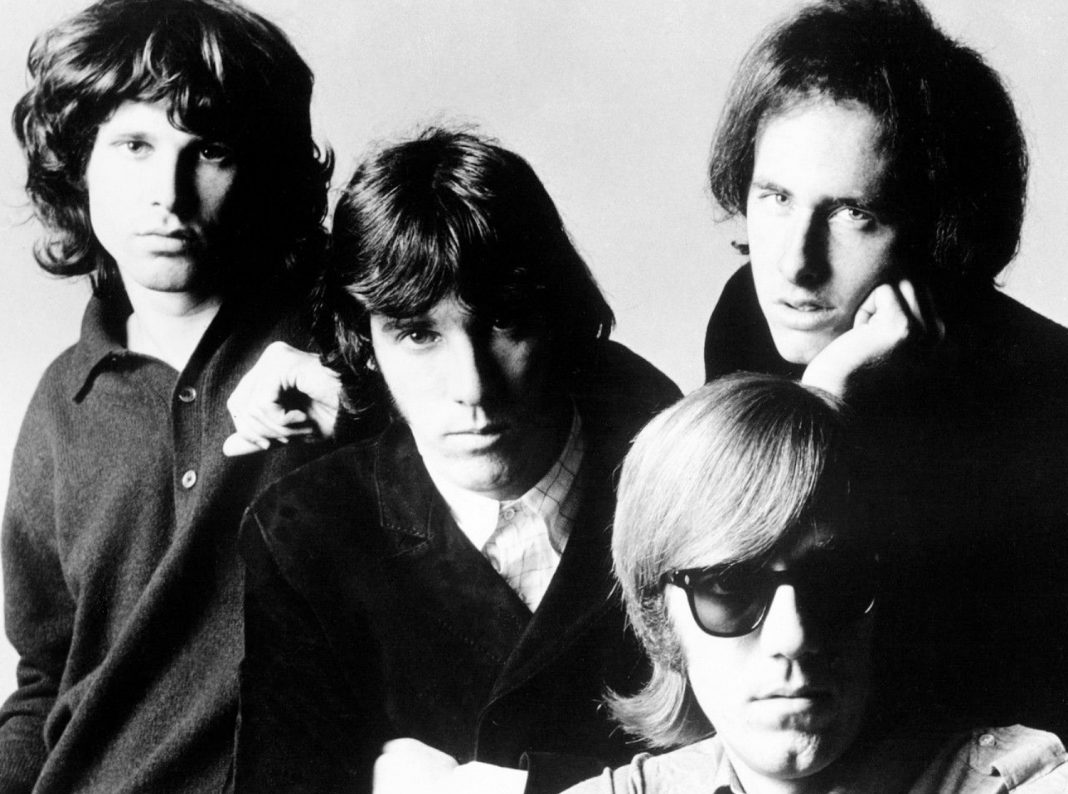 Hello, I love you. Let me show you L.A.  January 4 is now Day of the Doors in Los Angeles—it was 50 years ago that Jim Morrison, Ray Manzarek, Robby Krieger, and John Densmore released their first album together as the Doors. Surviving band members Densmore and Krieger reunited in Venice on Wednesday to be feted by city officials. Councilman Mike Bonin, who represents the formerly run-down neighborhood, proclaimed Venice as the “Place that birthed he Doors and taught us all to cherish the funky, weird, and world-renowned vibe that Jim, Ray, Robby, and John helped make famous.”

The Doors spent the 1960s haunting favorite spots on the sand, but they also roamed Laurel Canyon, West Hollywood, and downtown. Many of their hangouts still remain popular, so follow our lead and live like a Door for a day.

This budget motel was already decades old when Morrison and his friends commandeered room 32 throughout the late 1960s. Today, fans have filled the room with graffiti and artwork honoring their heroes. Rooms rent for about $80. 1005 La Cienega Blvd., West Hollywood.

The classic dive mounted a bronze plaque in honor of Morrison in 2008. It was signed by his bandmates and marks his favorite spot at the long wooden bar. The future of the 97-year-old restaurant is uncertain. 8447 Santa Monica Blvd., West Hollywood.

The music club opened in 1957 and became a center of folk and folk-rock music. “One night Jim Morrison was hanging over the top of that place and about to fall down,” remembered songwriter J.D. Souther. “He got pretty wild.” 9081 N. Santa Monica Blvd., West Hollywood.

The band spent the summer before their first album was released performing as the house band at this Sunset Strip nightclub. They opened for Buffalo Springfield, Love, and the Turtles and performed two sets a night between May 23 and August 21, 1966. 8901 Sunset Blvd., West Hollywood.

This 103-year-old downtown hotel was already down on its luck when photographer Henry Diltz sneaked the band into the lobby and snapped their iconic album cover in 1970. The folks behind the swanky Dream Hotel in Hollywood are currently renovating the long-closed lodging. 1246 Hope St., downtown.

Doors producer Paul Rothchild remembered that the lyrics to the 1968 hit “Love Street” (“She lives on Love Street / There’s this store where the creatures meet”) were inspired by Morrison’s visits to the market with girlfriend Pamela Courson. 2108 Laurel Canynon Blvd., Hollywood Hills West.

The origin story of the Doors takes place in Santa Monica where Ray Manzarek spotted Morrison walking on the beach. The stretch of sand between the pier and Venice was a favorite walk for the pair of UCLA film students. Today, you can take a guided bike tour of the band’s history there.