Home Uncategorized Carousel Of Progress At The L.A. Zoo 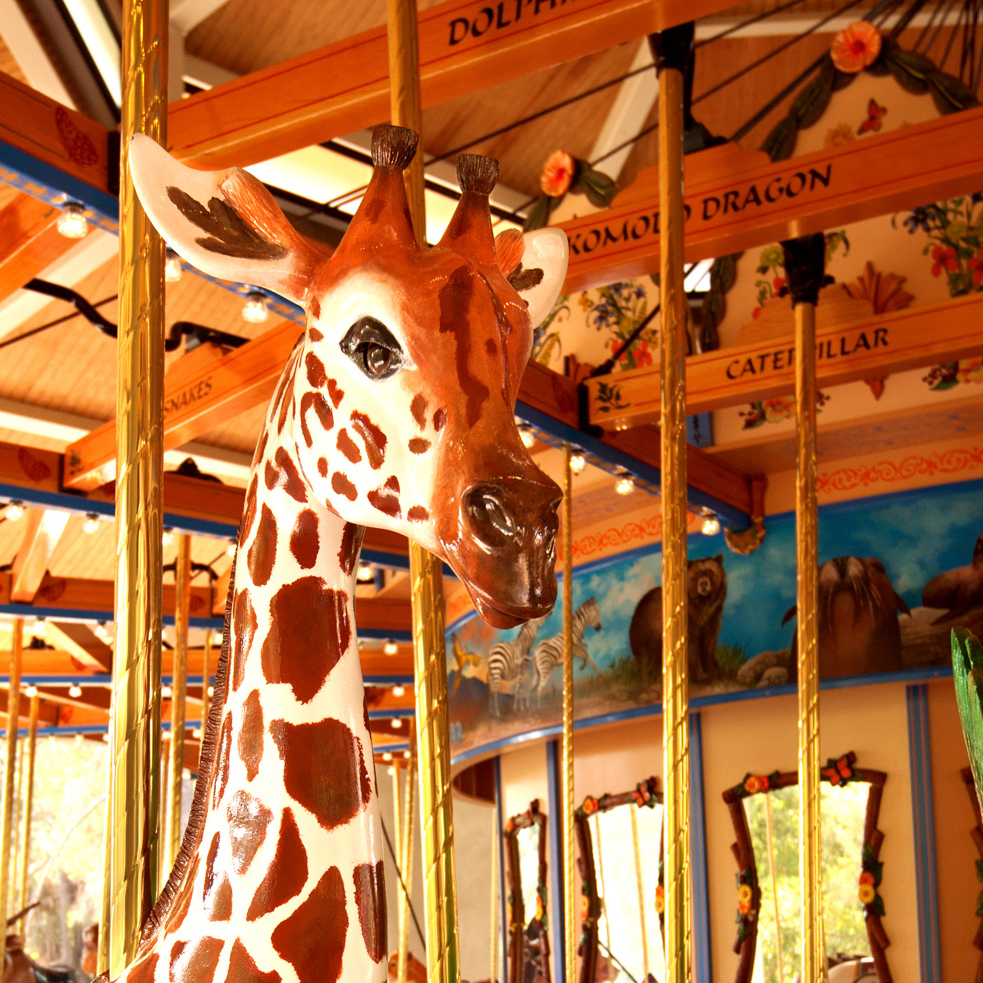 Kids flocked to the brand new carousel at the Los Angeles Zoo this weekend and were greeted by the carved horses, giraffe and zebra you might expect to see at an attraction like this, but also by an Okapi, a Bongo and a Colobus. The “Conservation Carousel” was funded by A&M Records founder Jerry Moss and named after Tom Mankiewicz, the late screenwriter that brought us Diamonds Are Forever, Live And Let Die and my personal favorite Movin’ With Nancy. The creatures are each named for donors/animal lovers like Moss (you can ride a replica of his racehorse Zenyatta) and Slash from Guns ‘n Roses, who donated a collection of snakes to the zoo and funded a ride in their likeness.  Instead of traditional calliope music, riders glide along to hits from the diverse denizens of the A&M stable including Herb Alpert, the Carpenters and Sergio Mendes. At the opening Councilman Tom LaBonge remarked how close we were to the historic carousel in Griffith Park and that he was inspired to find a way to restore the landmark that famously inspired Walt Disney to dream up Disneyland. I’ll let you know what he comes up with. The new carousel really is fun (I rode the peacock) but I hope the two don’t cannibalize each other. Speaking of cannibalism, I’ll have to say my favorite creature on the ride is probably that big green praying mantis. Elegant and creepy.