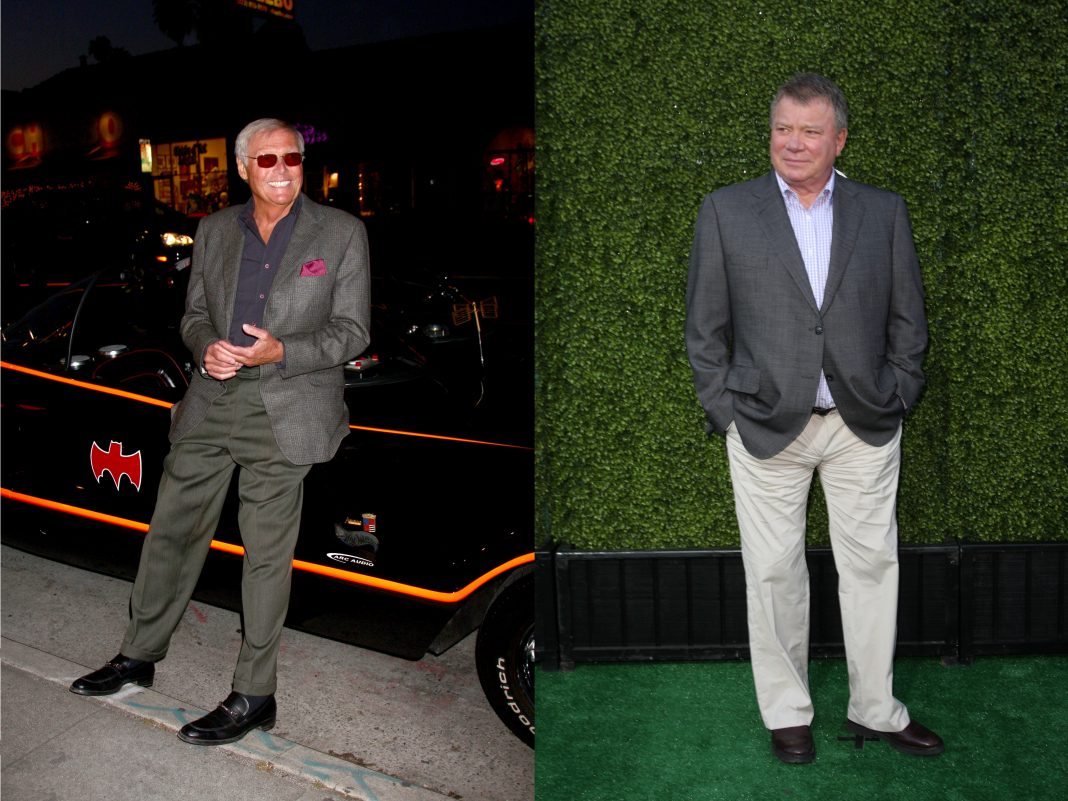 Fifty years ago, Adam West and William Shatner were getting ready for the biggest roles of their lives. The men who would create Batman and Captain Kirk (respectively) had long, serious acting careers (Shatner was on Playhouse 90 and Omnibus for crying out loud) before overclocking the histrionics and creating TV icons.

Wouldn’t it be fun to spend some time with these guys? Living in Los Angeles entitles you to attend The Hollywood Show, a sort-of Comic-Con for old movie stars. West and the actors who played Robin, Batgirl, and Catwoman are putting in a full shift tomorrow.

Shatner also has an event on Saturday: his charity horse show (rather, the Priceline.com Hollywood Charity Horse Show, Sponsored by Wells Fargo),where guests will enjoy breathtaking equine action set to the tunes of REO Speedwagon’s Kevin Cronin and can bid on items like a Twilight beret or a signed copy of Ted Nugent’s book Ted, White, and Blue.

Shatner’s event is a fundraiser for St. Jude’s and the Colburn School and a bunch of deserving charities, and that’s great, but a photo op with Kirk will set you back a minimum of $400.

Admission to The Hollywood Show is $20 and lets the actors sing for their supper. Want to make sure the guy who played Huggy Bear on Starsky & Hutch or Aileen Quinn, the girl who played Annie, don’t go to bed hungry tonight? Slip ‘em some cash. How are the casts of Get Smart or Three’s Company holding up? Ask them! Book them for your next party. Ken Osmond, who played Eddie Haskell on Leave it to Beaver took, three bullets for you as an LAPD officer. Go give him a hug.

I love Star Trek, but this town is stuffed full of glamour galas. I feel for these working actors at The Hollywood Show and encourage you to go support them directly.