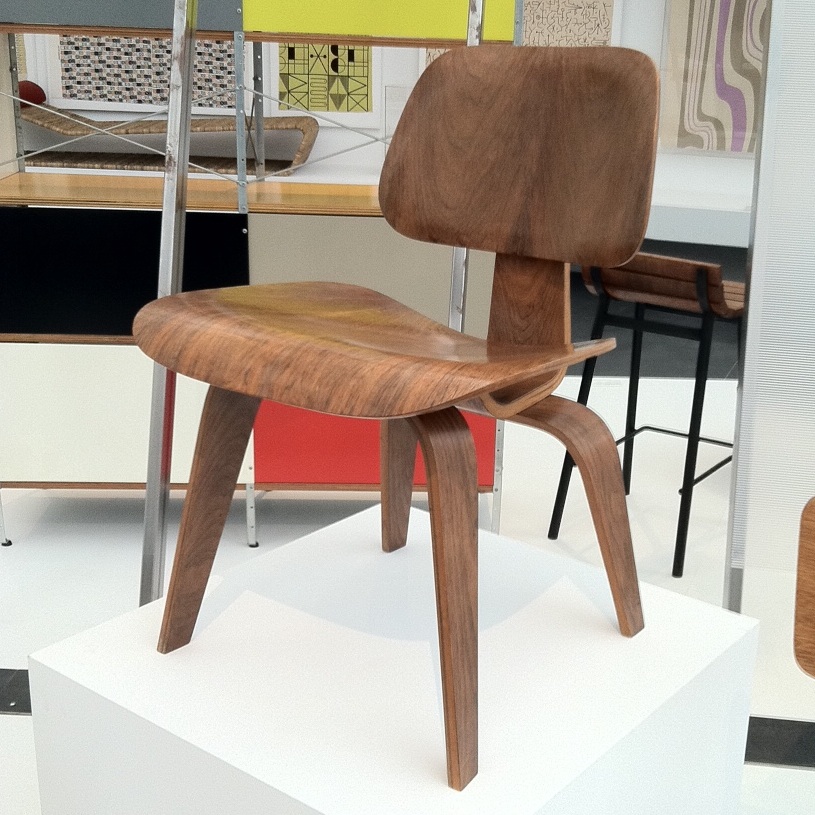 Charles and Ray Eames made movies, designed toys and textiles, built their own home in Pacific Palisades and oh yes, they created some of the most iconic chairs of the 20th century (their grandson Eames Demetrios is pictured here sitting in one). They also collected beautiful objects from around the world and displayed them in their home. In fact, they had 1,864 items in their living room, all of which are now on display inside the recreated home inside the Los Angeles County Museum of Art. The house is the centerpiece of a new exhibition: California Design, 1930-1965: Living in a Modern Way. Eight decades after the work of folks like Frank Lloyd Wright and Rudolf Schindler there had never been a comprehensive LACMA show about L.A. modernism. “This is the first time.” Said director Michael Govan. “Can you believe that?” The title is taken from a quote by furniture designer Greta Grossman and recalls the joy and excitement of this dynamic era of design that still influences us today. “Indoor/Outdoor style, open plans and an affinity for light and color” said Govan “Are all taken for granted today.” The show fills the Resnick gallery and is so refreshingly democratic that it has no problem displaying the clean lines and cardboard furniture of a 1960’s-era Barbie Dream House near an impossibly rare original boomerang chair by Richard Neutra. This was an era when the new and modern was available to every American at every price point. Walt Disney created Tomorrowland to showcase futuristic designs and encourage young people to think forward. Julius Shulman’s impeccable images of L.A. domesticity ran in mass-market publications, spreading California modernism around the world. The slick and swoopy show was designed by Hodgetts + Fung and is the first big piece of Pacific Standard Time, the epic initiative to explore postwar art and architecture in Southern California started by the Getty Museum. I asked Govan to pose in front of the recreated Eames house, a tremendous step towards his goal of incorporating architecture into the museum’s mission. The October issue of Los Angeles magazine explains the process LACMA went through to obtain the collection and it is indeed the heart and soul of the show. We’re so glad they went to the effort.