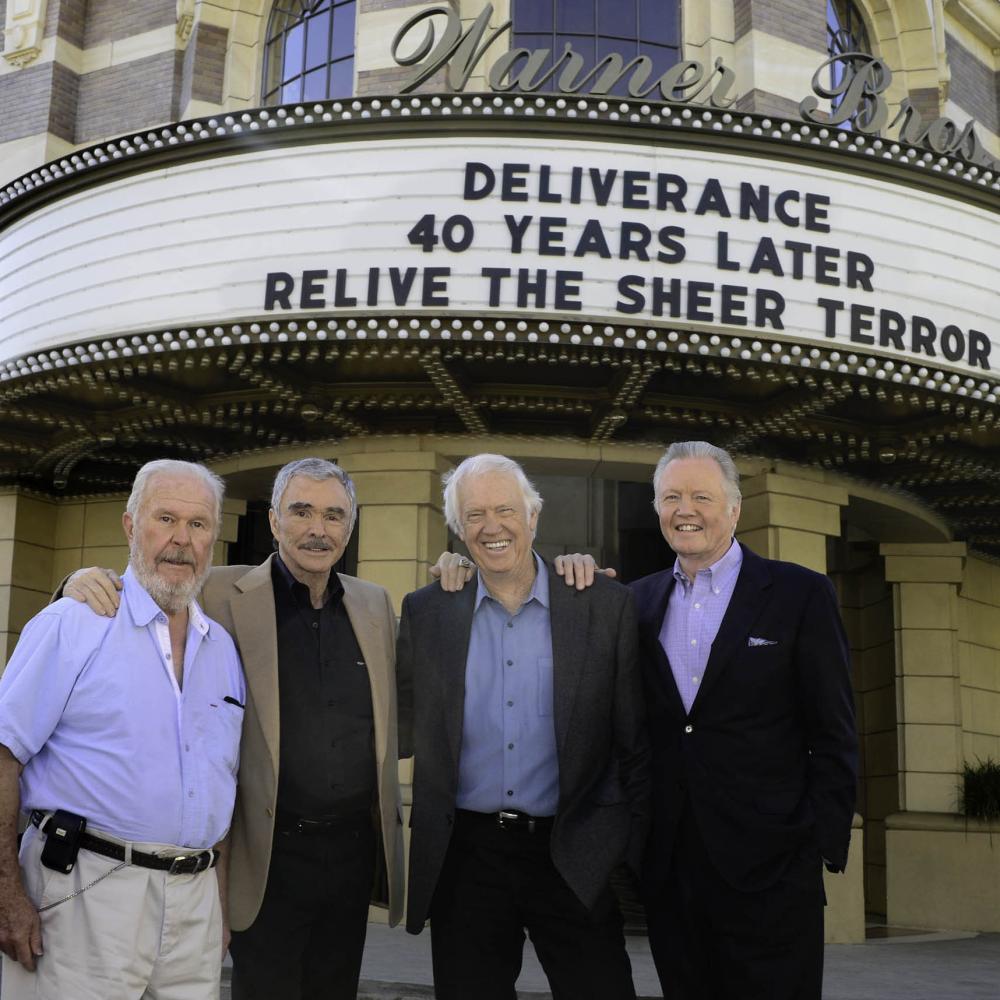 I have 117 “things to do” lists on my phone. Every time someone suggests a movie that sounds great, I write it down, creating the longest page of all. Last night I checked Deliverance off my list. Warner Bros. celebrated the 40th anniversary (and DVD release) in style with a special screening on the lot with Burt Reynolds, Ned Beatty, Jon Voight and Ronny Cox reminiscing and taking questions from the audience, most of who were WB employees. What a perk!

Working on such a rugged and dangerous film seems to have forged a lifelong bond between the foursome. It was touching to see Reynolds help Beatty up the steps to the stage and the tough guy actor choked up when he said it was “Love at first sight” meeting Voight. “When you get old.” Reynolds said, “You get very emotional.”

The film was nominated for a Best Picture Oscar in 1973 and follows the friends’ scary adventures on the Chattooga River in Georgia. Cox recently returned for a screening and a gig with his band (The movie is still a big tourist draw in the Appalachians) in the rural community where the movie was filmed and met up with some of the locals that appeared in the film. “I saw Billy Reddin, the banjo boy.” Cox said “He’s now in his 50s and working at Wal-Mart.”

The actors did all their own stunts for the film, including one that propelled Reynolds in the air over Beatty. “We almost thought he bought the farm.” Reynolds cackled, “(Ned) went under the water for way too long. You can tell by the way he acts sometimes.”

When an audience member asked, ”Why are films of this caliber not being made today?” Beatty shot back “Because we’re too old!”