Home Animals The Bulldog Cafe From the Petersen Museum Will be Saved as Part... 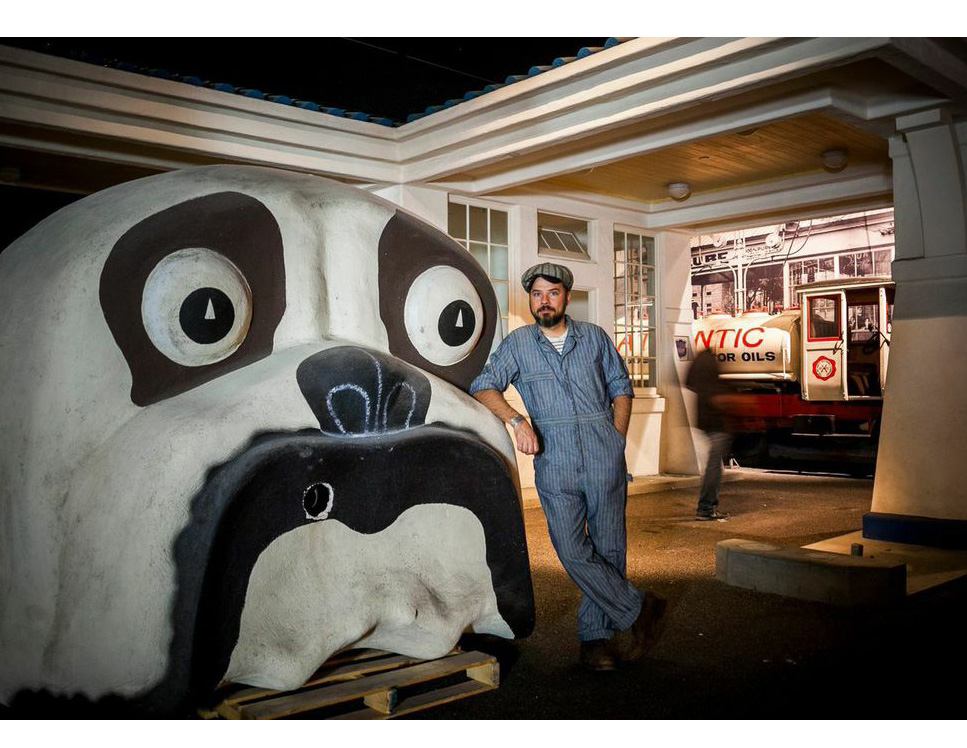 When the Petersen Automotive Museum opened twenty years ago, the curator’s vision called for the construction of an elaborate Los Angeles streetscape from the early 20th century. A glamorous 1920s auto showroom, a drive-in market, and a replica of Washington Boulevard’s Bulldog Café were meant to show how the city was built around the automobile.

As the museum speeds toward a total makeover heavy on foreign sports cars and digital displays, the streetscape buildings were headed towards the dumpster. Even though the structures were recreations, they were so well done and I especially hated to think of that doggie being crushed up into bits. Who could save it? I put some ideas into some heads and enter Bobby Green, Los Angeles’s most fearless creator of beautiful bars. The decadent rooms by his 1933 Group are portals to different worlds, and his latest creation, the Idle Hour in North Hollywood, is a city landmark, an authentic icon of California car culture. The giant barrel is being restored to the way it looked in 1941. The Bulldog will be a companion piece nearby.

Green’s team cut the pup into bite-sized pieces and trucked him over the hill where he will rise again soon. The Idle Hour is scheduled to open in February.