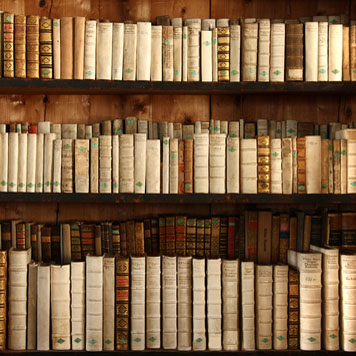 For over three decades Jules Engel taught animation at Cal Arts in Valencia. His students included filmmakers that would go on to help create Aladdin, Spongebob and The Simpsons. In the 1970s, Pixar chief John Lasseter would drop by his experimental animation office for advice. “Jules always encouraged me,” Lasseter remembered on his mentor’s death in 2003, “To think beyond traditional approaches.” Engel worked on some of my favorite cartoons like Mister Magoo and Gerald McBoing Boing. His distinctive style was influenced by modern art and the Los Angeles scene around him, but the always wonderful Cartoon Brew blog uncovered a terrific photo with a more direct explanation for some of his inspiration. Click here to see Engel’s bookshelf crammed with volumes on circus clowns, modern dance and fontography. It feels like spying, but I am always so enriched by sneaking a peek at the titles on a friends, or like here, a legend’s bookshelf.