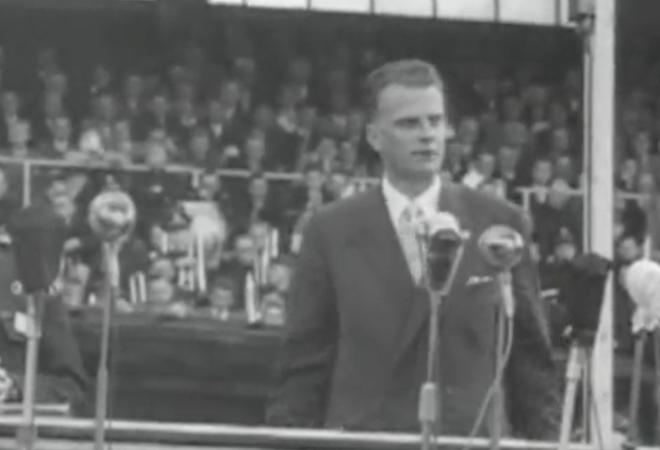 Evangelist Billy Graham’s longtime gospel singer George Beverly Shea died yesterday at the age of 104. He was at the preacher’s side when they staged a massive revival in Downtown Los Angeles in 1949. Religious advertising filled an entire page of the Los Angeles Times when they arrived at the end of September, and included metaphysical and theosophical teachings, as well as the predictions of celebrity psychic Criswell. A trainload of helpers followed the 30-year-old preacher the Times described as “tall, blond, and silver tongued” from Minneapolis to the corner of Washington and Hill, where they built a “canvas cathedral.” More than 350,000 Angelenos visited to hear the revivalist and the baritone singer belt out his hymns. Here’s a look.