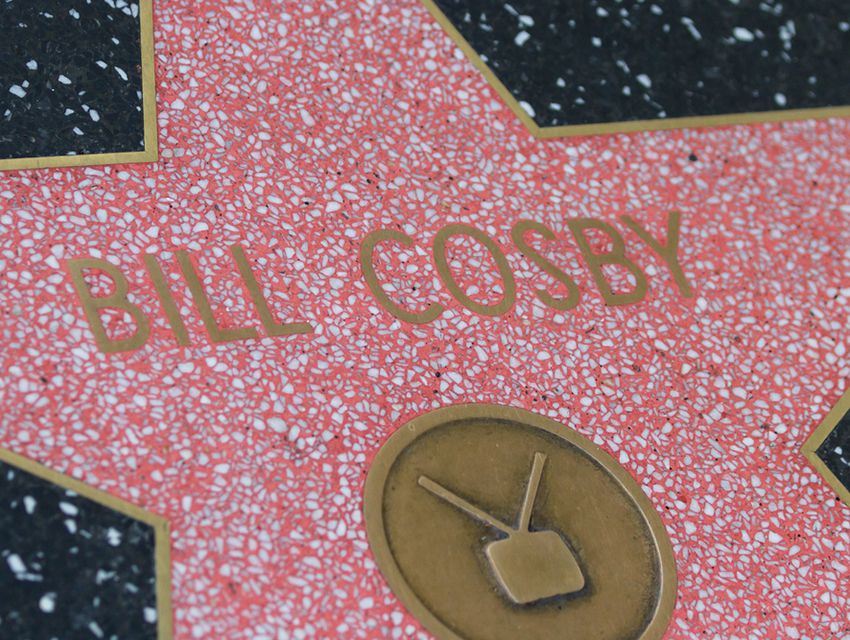 Bill Cosby keeps sinking deeper and deeper into a mire he will never emerge from. The Los Angeles Police Department has confirmed they are conducting a criminal investigation into the 77-year-old actor. President Obama broke from an Iran nuclear briefing yesterday to say that “This country, and any civilized country, should have no tolerance for rape.” NBC, Netflix, and Creative Artists Agency have all cut ties with Cosby. Even longtime supporter Whoopi Goldberg weighed in “I got to say all of the information that’s out there kind of points to guilt,” she said on The View. “It looks bad, Bill.”

The Hollywood Chamber of Commerce has been lobbied to remove Cosby’s star from the Walk of Fame and has refused. “Once a star has been added to the Walk,” said president Leron Gubler. “It is considered a part of the historic fabric of the Hollywood Walk of Fame. Because of this, we have never removed a star from the Walk.” Hollywood’s other sidewalk honor, the forecourt of the Chinese Theater has only removed one star in 88 years – and that seems to have been a mistake.

Crime cuts across society but Americans find stories about criminals in show business irresistible. Errol Flynn and Michael Jackson were both accused of sex crimes and both retain stars. Roscoe Arbuckle was tried three times for manslaughter in sensational trials that lasted for months yet his marker still stands at Hollywood and Las Palmas. Spade Cooley and Gig Young murdered their wives yet both are still on the Walk of Fame.

As serious and disturbing as the allegations against Cosby are, and no matter how tarnished his personal legacy, the professional accomplishments that earned him the recognition of his peers are still a part of the media history written in the Walk of Fame. Ten million people a year visit Hollywood and see the stars in the sidewalk. Fat Albert, The Electric Company, I Spy, and The Cosby Show will far outlive the man. The award is for the work, not for being a good person. The Bible says the wages of sin is death, but even the dead are remembered.