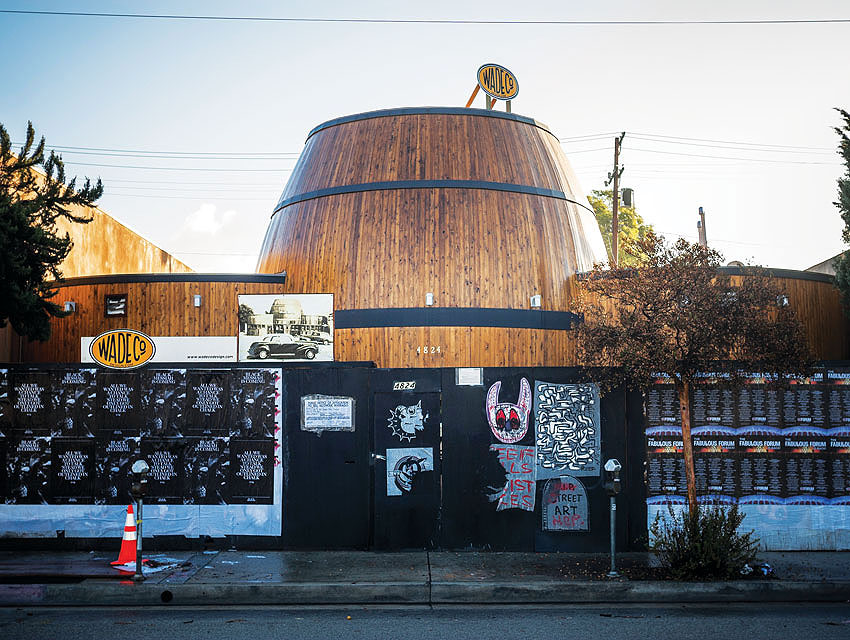 After sitting dark for more than 30 years, the Idle Hour Café reopens this month in North Hollywood. A giant wood barrel built in 1941, it’s a classic piece of programmatic roadside architecture, a style whose structures evoked what they sold: a colossal orange that dispensed juice, say, or the huge hot dog at Tail o’ the Pup. In 1970, the big keg (the café sold beer, natch) became La Caña, a flamenco dinner theater. New owner Dolores Fernández danced there until 1984, when she locked herself inside with a menagerie of cats and costumes. I met Fernández seven years ago after an Ask Chris reader encouraged me to investigate. I realized the rotting landmark was probably not going to outlive her (she died in 2010), so I helped it win Historic-Cultural Monument status and enlisted club proprietor Bobby Green. He agreed it would make a perfect addition to his 1933 Group, which includes Bigfoot Lodge, Sassafras, and the Thirsty Crow. Green’s crew completed a restoration worthy of a pristine Bugatti and even added a second car culture icon salvaged from the Petersen Automotive Museum: a replica of the canine-shaped Bulldog Café, which will guard the parking lot.

EXCLUSIVE: The Formosa Cafe is Coming Back

Take a Ride with Angelyne to Help Public Radio