Home Uncategorized Bahooka, The Craziest Most Wonderful Tiki Restaurant In L.A. To Close 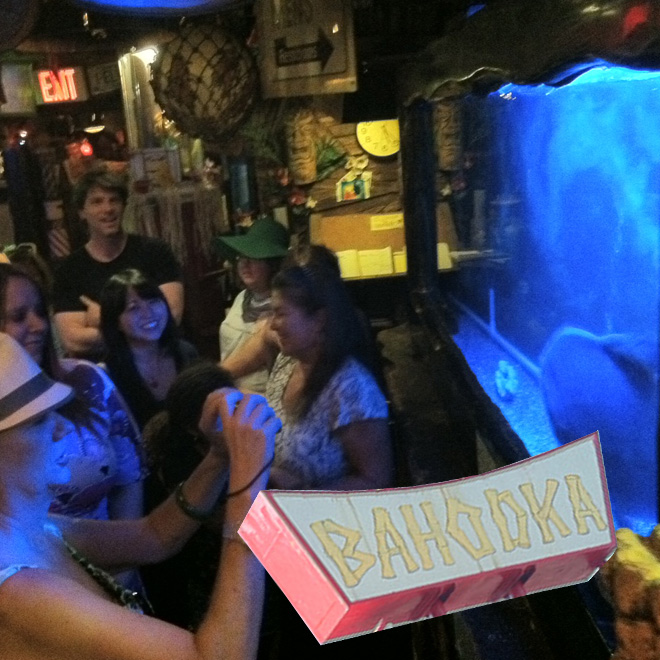 No! No! No! This can’t be happening. Bahooka, the most lavish, bizarre and wonderful restaurant ever built in Los Angeles (did I mention the drinks are served on fire and in salad bowls?) will be gone by next month. The massive labyrinth of flotsam and jetsam, filled with hundreds of blue glowing fish tanks, tikis. street signs, plastic birds, and a jail cell, will close its doors on March 10th after 46 years in business. The first Bahooka opened in my hometown of West Covina but was just a tiny guppy compared to the full majesty of the Rosemead location, which sold after just one day on the market. “They don’t want tiki around here, they want Asian,” says co-owner Suzanne Schneider. “The new owner just wants the building, the liquor license and the fish.” Schneider would not sell the Bahooka name as she plans to sell a line of salad dressing through Costco. A sick relative caused her to act quickly to dispose of the beloved restaurant. Schneider is planning a going away party on March 10th. I’ve been a regular since I was in diapers. I’ve celebrated birthdays, marked funerals, brought tour groups inside, and fed Rufus the giant Pacu for so long that I don’t know if I can handle a funeral for Bahooka itself. Goodbye old friend.