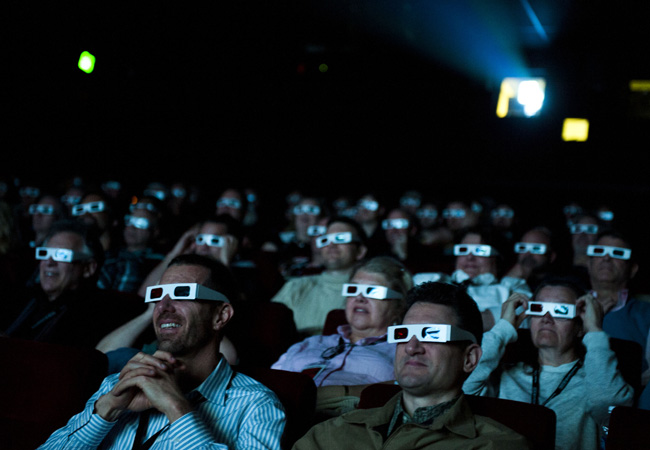 Starting on Thursday, Hollywood Boulevard will be overrun with vintage movie lovers from around the world for the TCM Classic Film Festival. The cable network has more than 75 screenings packed into four days at movie palaces including the Chinese, El Capitan, Egyptian and Cinerama Dome. Robert Osborne and other hosts from the channel introduce each screening, and the settings are always spectacular. The poolside screenings at the Roosevelt Hotel are particularly magical. The glowing blue water, tropical plants, and midcentury ambience are absolutely perfect for an opening night screening of South Pacific with stars Mitzi Gaynor and France Nuyen. More than fifty years after this movie was released, Gaynor is still a ball of fire and the promise of her saucy stories at the water’s edge is reason enough to rank this fest among the best movie experiences Los Angeles has ever offered. Cinerama! 3D! Wide screen! I look forward to it all year. Single tickets are available at the box office, but a festival pass offers an all-you-can-eat ticket to classic movie nirvana. Take a look at my picks and then click here for the schedule.

In 3-D with Norman Lloyd in person

Who’ll Be the Next Jeopardy! Host? Oddsmakers and Fans Have Different Favorites