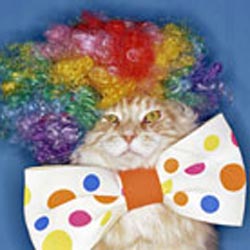 When a friend leaves town for greener pastures and cheaper rent in some remote place like Finland or Arkansas (Why, Byron? Why?) I can’t help but take it personally. I feel like they rejected me as much as Los Angeles. Maybe I didn’t do a good enough job showing them the glories and wonders of this unbelievable place we live. Maybe having the chance to sit in on an intimate performance from one of original Beach Boys or have dinner with Tommy Lasorda or type your novel on Ernest Hemingway’s typewriter doesn’t float your boat as much as it does mine, but I’m so in love with place and the opportunities we have here that I can’t stand to ever be away. What are you doing this weekend? Here are thirteen exciting reasons to leave the sofa in the next 72 hours:

Baseball legend Tommy Lasorda hosts a benefit dinner for the Italian American Museum of Los Angeles at an oceanfront estate in Malibu.

Black and White-era starlets Marsha Hunt and Julie Adams introduce the 14th annual festival of Film Noir at the Egyptian.

One hundred and twenty years ago the architect who brought Modernism to Los Angeles was born in Austria. Celebrate at his Silver Lake home with a dinner, wine reception and a 4K run for health!

Who else but Charles Phoenix could rise to the occasion of hosting a pet beauty contest in Pasadena? We finally have a new Bert Parks! God bless Americana.

Succotash and Nesselrode Pudding are on the menu for the 1887-inspired carnival and dinner honoring the alma mater of Barack Obama.

Hawthorne’s own Al Jardine was there at the very first recording session of the Beach Boys. See him in a tiny record shop before his big reunion with the band this summer.

Architectural photographer Pedro Guerrero was a favorite of Frank Lloyd Wright and a colleague of Julius Shulman. The 94-year-old artist was at the opening of this exhibition that closes next week.

TYPING WITH THE STARS

Real estate developer Steve Soboroff is a supporter of the new and improved Malibu library, which re-opens this weekend. This weekend, he is offering the chance to type on his collection of celebrity typewriters for a donation to the library.

The Griffith Observatory celebrates the moon missions with lectures, real moon rocks and a symposium on how we didn’t fake it.

Former Los Angeles Times food editor Charles Perry leads an expedition on the “Rise and Fall of Tiki” exploring the restaurants of Don the Beachcomber and Trader Vic.

Seeing a film in a movie palace is one thing, seeing a classic in the worlds most famous movie palace with 1500 guests is another. Twenty-five cent screenings at the Chinese all summer long. First up: Breakfast At Tiffany’s.