Home Uncategorized Ask Chris: You Be The Judge 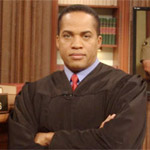 Q: The TV program America’s Court with Judge Ross runs a disclaimer stating that the show’s events are not real. Is Ross an L.A. judge?

A: Los Angeles Superior Court judge Kevin A. Ross was removed from the bench in 2005 after a series of what he described as “screwups,” including sending an innocent woman to jail and demeaning defendants in the courtroom. After the California Commission on Judicial Performance discovered that Ross had turned up at a strip club to “judge” “Miss Wet on the Net” contestants for a TV pilot, it closed the case on his career.