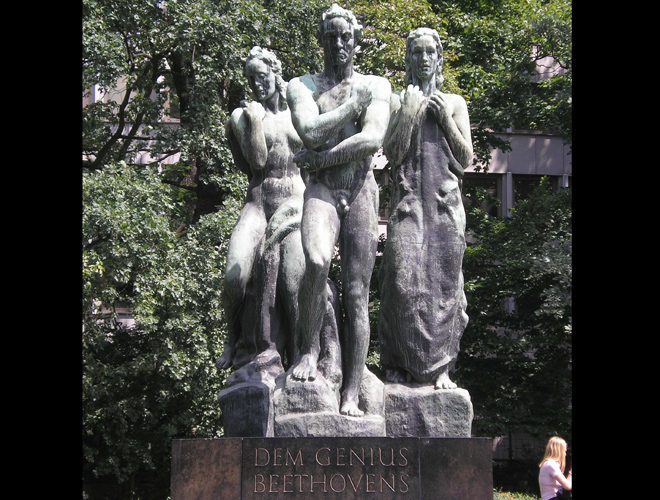 Q:  Why is the statue of a nude woman at the Music Center labeled BEETHOVEN-GENIUS?

A:  That bronze babe was created in 1927 as a study for a statue depicting the composer with a woman on each arm. Artist Georg Kolbe described the women as “geniuses” who were there to hang out with and inspire Ludwig. Kolbe modeled one of the faces after his wife, Benjamine, and it’s her visage on the mounted three-and-a-half-foot statue that gazes at L.A. arts patrons. The final version resides in Frankfurt and is nearly 15 feet tall.