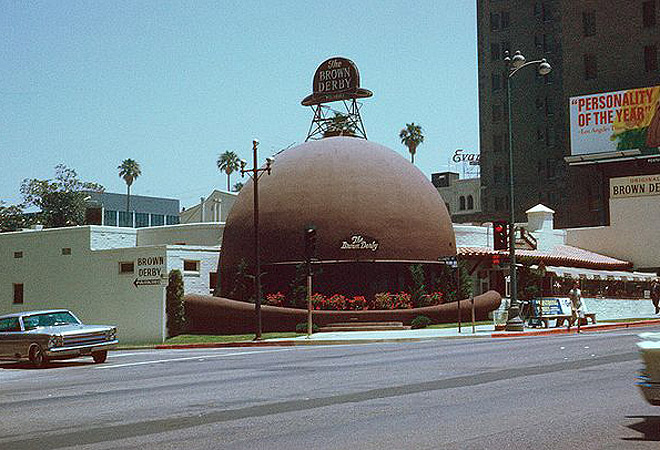 Q:  My friend insists there was a Brown Derby restaurant at the Beverly Center. Is that true?

A:  Hats off to your pal. The home of grapefruit cake and Cobb salad did make a brief appearance on the Beverly side of the mall. After shuttering his famed Vine Street restaurant, which opened in 1929, owner Walter Scharfe tried new but short-lived locations on Hollywood Boulevard and in Pasadena. The Beverly Center operation—which opened and closed in 1994—was so tiny that the trademark caricatures lining the walls were reduced from 11 by 14 inches to 5 by 7. Little wonder it flopped.