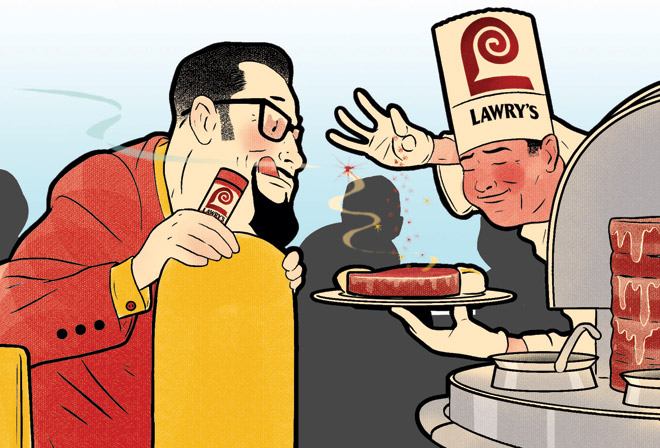 Q: Years ago I recall having dinner at Lawry’s the Prime Rib on San Fernando Road in Cypress Park. Am I imagining this?

A: Did you have a frozen margarita with that dinner? Lawry’s, the restaurant, has been on La Cienega Boulevard since 1938. In the early 1960s, Lawry’s, the company, began offering tours of its plant, located at the corner of Avenue 26 and San Fernando Road, where Lawry’s famed seasoned salt and taco spices were made. A decade later the operation expanded to include a wine shop, kitchen store, and alfresco Mexican dining—that’s probably where you ate. Dubbed “California Center,” at its height more people dined there than at the original Lawry’s. When Lipton bought the spice business in 1991, it moved manufacturing out of town and shut down the center. Twelve years ago the lush grounds and adobe-style buildings were converted into the Los Angeles River Center and Gardens, where the cuisine is strictly BYO barbacoa.