Home Ask Chris Why Do I Remember Seeing the Statue of Liberty’s Torch in L.A.... 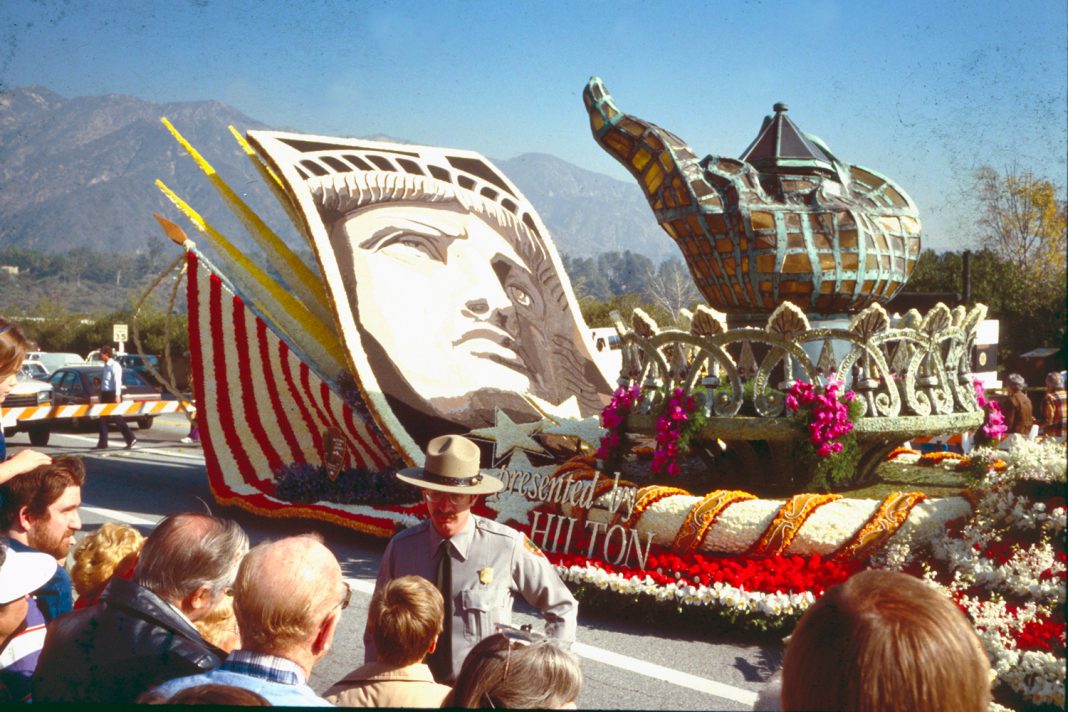 COURTESY OF THE PASADENA TOURNAMENT OF ROSES®

Q: I remember seeing the torch from the Statue of Liberty in L.A. in the ’80s. Was that a dream?

A: It was here for the 1985 Rose Parade, but you were probably groggy from waiting up all night to see it. The original 16-foot, 3,600-pound copper-and-glass flame removed from Lady Liberty’s hand was flown to LAX and rolled down Colorado Boulevard on the Hilton Hotels float. Grand marshal and statue-restoration chairman Lee Iacocca thought the exposure would help the fundraising effort. Today that original flame is the centerpiece of a new museum at the statue’s base.

Q: What’s the meaning of the colored lighting at City Hall, and who picks it?

A: “The same people who go to their council office and ask for things,” says Michael Samulon in the mayor’s office. The city council votes on requests from nonprofits and council members with a cause to promote. City Hall isn’t keeping track of the color schemes, and they repeat often. Purple has been used for awareness of elder abuse and the Armenian genocide, but also to celebrate when the Lakers win and gay pride. Keep an eye on the mayor’s Twitter for clues.

Q: What is that building next to the California Science Center?

A: That 200-foot row of midcentury barrel vaults was built in 1961 as an addition to the old Museum of Science and Industry. For almost 40 years, it was home to Mathematica: A World of Numbers . . . and Beyond, an exhibit designed by Charles and Ray Eames. The exhibit toured the country before settling in the New York Hall of Science. The original building is set to be razed as part of renovations that will include a space shuttle pavilion.

Q: Is there any monument commemorating the Zoot Suit Riots?

A: In August 1942, a 22-year-old Mexican farmworker was murdered near a reservoir in southeast L.A. nicknamed Sleepy Lagoon. The following spring, racial tension erupted into the Zoot Suit Riots, where mobs of white servicemen terrorized Mexican American neighborhoods. The original lagoon is now a concrete plant, but an environmental justice group is spearheading a memorial across the L.A. River at Maywood Riverfront Park.

RELATED: What Happened to That Monorail That Ran Through a Brewery in Van Nuys?