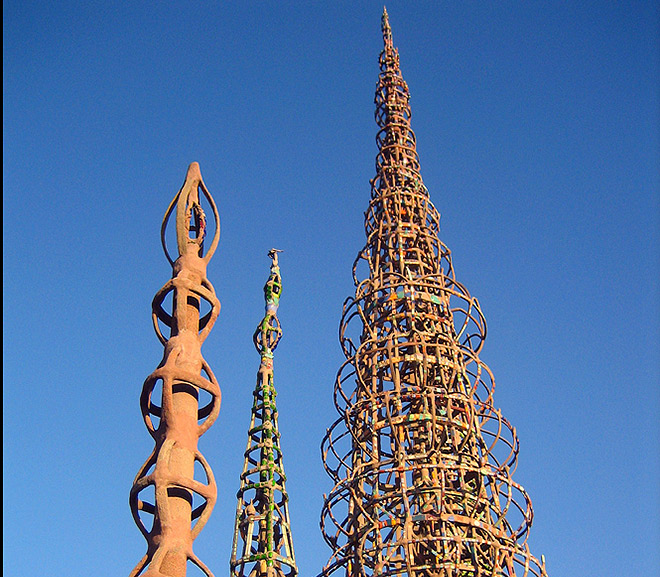 Q: Did Simon Rodia, the artist behind the Watts Towers, also build a fountain elsewhere?

A:  Yes. In the late 1920s, the sculptor created a tile-covered cascade in a pool as the centerpiece of a 23-acre weekend retreat in Agoura Hills. From the 1970s until 2007, the site was a preschool and camp; sometime after that, the fountain disappeared. Its whereabouts are still unknown. Since then, Rodia’s relatives have unearthed other pieces from that period; interested parties can contact them through ibuildthetower.com.