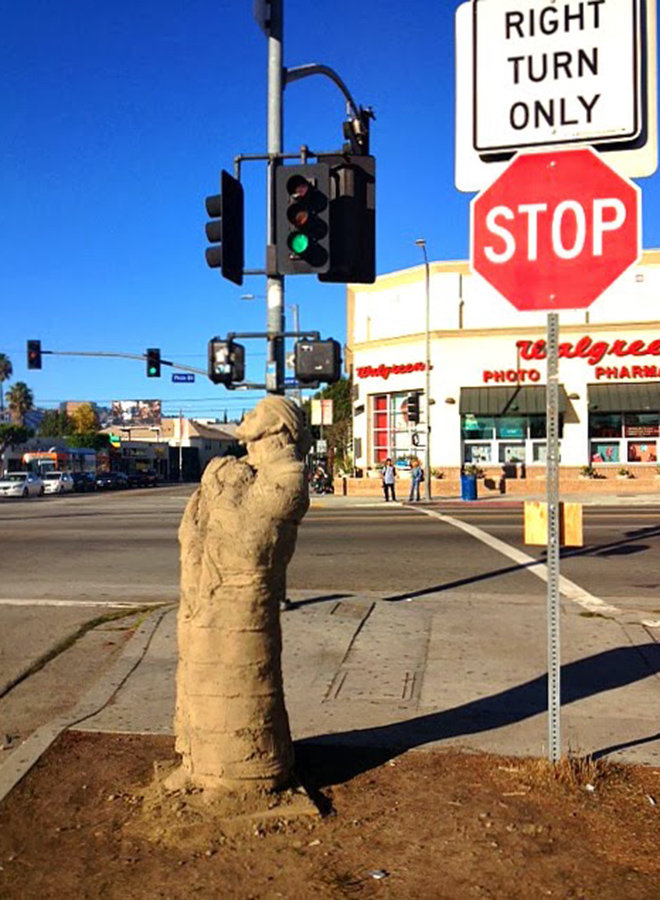 Q: What’s the story behind the statue at Pico and Fairfax? The melting figure looks like it might be Native American.

A: The life-size Navajo Chief was sculpted by artist Erma Yazzie and meant to bring attention to the plight of the Southwest Museum of the American Indian in Mount Washington. Supporters say the 100-year-old institution is being neglected by its parent organization, the Autry National Center, so four artworks were made from mud and straw and clandestinely placed around town with official-looking plaques. “The statues will slowly disintegrate through weathering,” says John Schwada of the Friends of the Southwest Museum Coalition. For another perspective, check out the museum’s behind-the-scenes tour of its conservation labs, which will be held June 14.