Home Ask Chris What Happened to That Monorail That Ran Through a Brewery in Van... 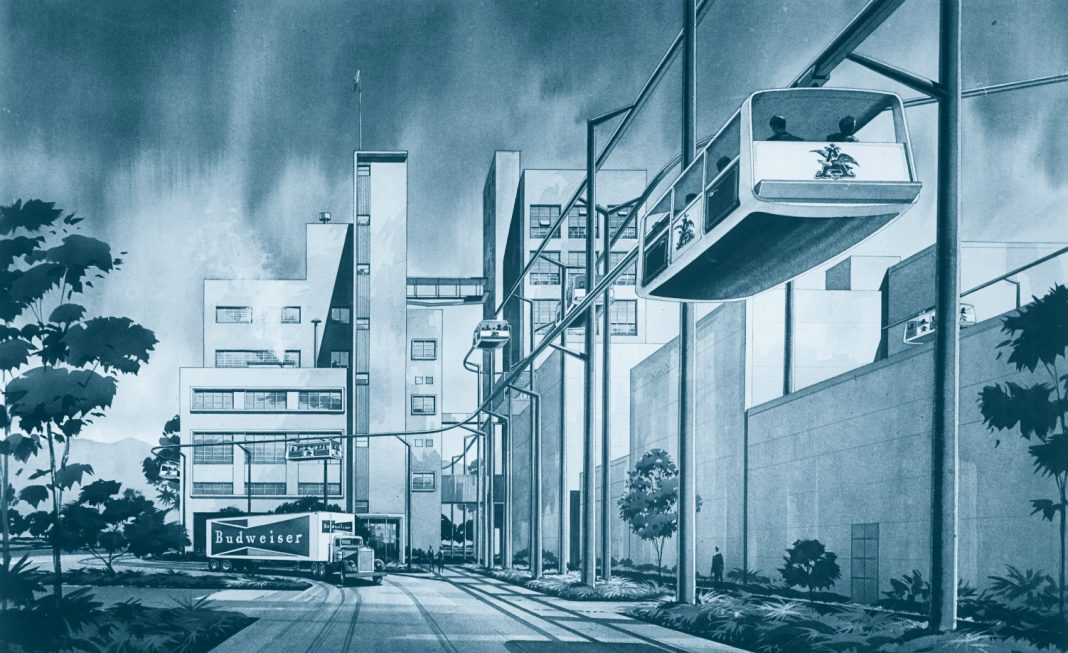 Q: I remember riding a monorail through a brewery when I was a kid. What happened to that?

A: The owners of Anheuser-Busch, Frank Sinatra, and the mayor of Los Angeles, Samuel Yorty, all crammed into one of a dozen fiberglass-and-magnesium monorail cars to cut the ribbon for the first aerial tour of the Budweiser brewery in Van Nuys on May 26, 1966. The “Skyrail” rolled through the brewhouse, then deposited guests into Busch Gardens, a 17.5-acre park that offered boat rides, bird shows, and free beer. The park closed on Valentine’s Day 1979 to make room for a larger brewery. Two years ago the company briefly resurrected the “Beermaster Tour” in the shadow of the old monorail tracks.

A: Surprisingly, there has never been a dedicated hospital at the airport. In fact, according to the Los Angeles Times, LAX is the only major airport in the nation that does not have medical facilities. There is a first-aid station housed at the international terminal, but emergency medical calls are routed to three fire stations around the 3,000-acre complex. An urgent care clinic on Century Boulevard is open around the clock for last-minute immunizations or to treat minor cuts caused by your suitcase’s zipper.

Q: What’s that golden sculpture on top of the Americana at Brand?

A: England has Britannia, France has Marianne, and America has Columbia, the sword-toting, eagle-bearing, female personification of the United States. She’s been described as “Uncle Sam’s older and classier sister,” and was popular before the younger, prettier Statue of Liberty eclipsed her. The original granite version of the sculpture still presides over the American Cemetery at Normandy Beach in France. Her doppelganger has graced the top of the Americana since it opened in 2008.

Q: What’s the story behind the crumbling mansion that’s been sitting unfinished in Topanga for years?

A: In 2004 Dwell magazine sponsored a competition in which architects vied to design a green house for a wealthy aerospace engineer. The architecture firm Escher Gunewardena won the day with its concept for a glass box under a landscaped roof made of concrete and rice. Work on the project began soon after. But when the basement ate up half the budget, the engineer abandoned the project. It has remained on hold ever since.

RELATED: Who Are Those Kids Frolicking on the Walls of the Hollywood Freeway Downtown?