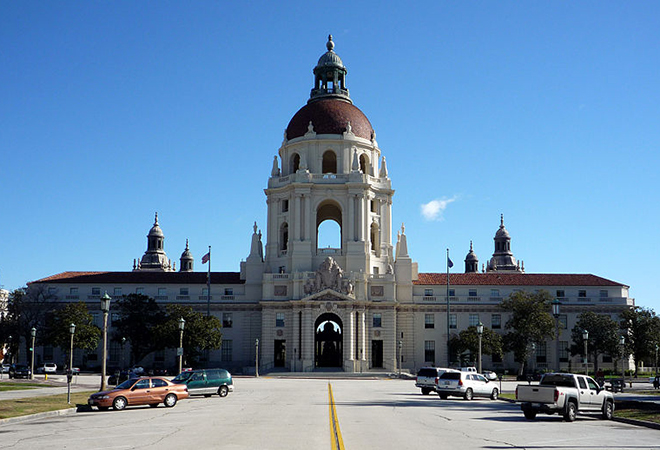 Q: There’s Pasadena and Altadena, but what’s a “dena”?

A: In 1872, an Indianapolis doctor named Thomas Elliott bought land in the San Gabriel Valley with plans to develop the area. Elliott needed a name for the fledgling town (“Indiana Colony” was his first try), so he turned to a college buddy who had worked among the Chippewa. His pal suggested, among other phrases, “weoquân pa-sâ-de-ná,” which he translated as “crown of the valley.” Elliott liked the sound of  “Pasadena,” which became the city’s name in 1875. A decade later a nurseryman, Byron Clark, came up with the Spanish word alta for “the higher Pasadena.”