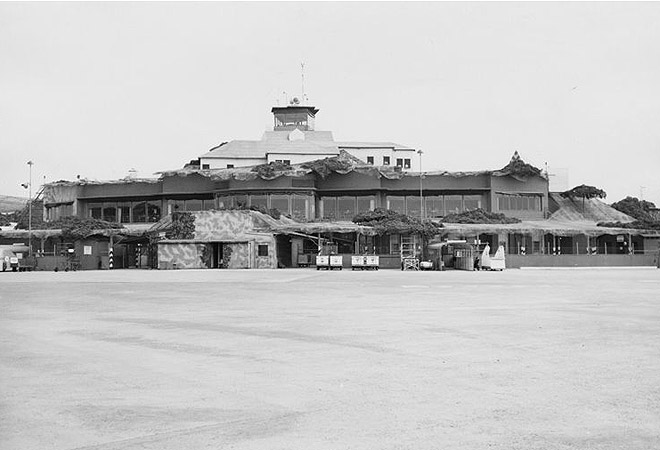 Q: I saw some pictures of a Seattle airport that had been disguised during WWII. Did we do that with our airports?

A: We did, and we did it better, thanks to Disney, Paramount, and 20th Century Fox. Los Angeles was an aircraft production center, so Burbank, Santa Monica, and other airports (and their adjoining factories) were shrouded under netting that was scenically painted—with help from the studios—to look like farms and subdivisions. The camouflage at Lockheed even included trees made of chicken feathers and runways covered in faux alfalfa.